Kim spills out of dress

Kim Kardashian struggled to contain herself -- literally -- at the debut of Sofia Coppola and Valentino's "La Traviata" on Sunday. At the Rome Opera House, curvy Kardashian was constantly adjusting. "Her cup had runneth over," said a source. "She spent the whole time adjusting her bust. One boob kept popping out, in front of all the Italian counts and countesses."

Actress Keira Knightley opened up about having a mental breakdown at 22. (AP) Keira Knightley has been in the entertainment industry since the age of six and has had her fair share of highs and lows. In a new episode of The Hollywood Reporter's "Awards Chatter" podcast, the 33-year-old British actress gets candid about her quick rise to stardom, and the mental breakdown that ensued. Breaking out in the 2002 indie film "Bend It Like Beckham" led Knightley to the "Pirates of the Caribbean" franchise and the rom-com "Love, Actually." "That run of films was completely insane," Knightley recalls, however noting that most reviews focused on her looks. "It's amazing looking back at it from the outside -- you're like, 'Whoa, that was hit after hit after hit!' But, from the inside, all you're hearing is the criticism, really.

"Pirates of the Caribbean" star Keira Knightley slammed Kate Middleton's clean and stylish appearance after giving birth in a graphic essay. Knightley, 33, wrote the essay as a letter to her 3-year-old daughter, Edie. The letter was published in Scarlett Curtis' book "Feminists Don't Wear Pink (And Other Lies)," E! News reported. The letter, titled, "The Weaker Sex," discussed the Duchess of Cambridge's post-birth look compared to hers. "She was out of hospital seven hours later with her face made up and high heels on," Knightley wrote of Middleton. 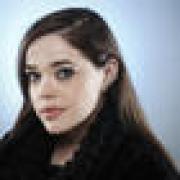 At first, Keira Knightley thought everything was going to be fine. Her pregnancy had been delightful, so she’d give birth to her first child and then continue working at her normal pace. But after Knightley had her daughter, Edie, things didn’t go according to plan. She was hormonal, for one. Still, she intended to keep her obligations.