Rain, rain, don't go away. It's good for this old soul 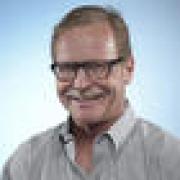 Spotted a cloud the other day. It was a diaphanous thing -- grayish-white with poorly defined edges. But it was definitely a cloud. I appreciate the soft cadence of a cloudy day, so I was glad to see it back.

Data scientists at 20th Century Fox and Google Cloud have developed machine-learning software that can analyze movie trailers and predict how likely people are to see those movies in theaters. A recent preprint research paper breaks down how the program, named Merlin, can now recognize objects and patterns in a trailer to understand movie scenes. Merlin can scan trailers and spot objects like "man with beard," "gun," "car," and decide whether the movie is an action flick or a crime drama based on the context in which those objects appear. "A trailer with a long close-up shot of a character is more likely for a drama movie," the study's authors write, "whereas a trailer with quick but frequent shots is more likely for an action movie." Merlin can use its knowledge of common tropes in trailers to understand how sequences of actions in trailers play into our expectations for genre films.

TV Q&A: In search of the best Bond song ever

I saw a list recently of the best songs in James Bond movies and there was no mention of the best Bond song ever, "We Have All the Time in the World"! I forgot the name of the movie, but I'm pretty sure that Bond gets married in the movie, his wife gets killed and his last words to her are "We had all the time in the world." Please tell me the name of that Bond movie. That is in "On Her Majesty's Secret Service," the lone Bond film to star George Lazenby as 007 (with Diana Rigg as his doomed wife). At the end, holding his dead bride, Bond tells an inquiring officer, "It's quite all right, really. We have all the time in the world."

With Spielberg, Penn, Foster and Jarmusch (twice), Americans will help storm the beaches at Cannes

Last year's Cannes Film Festival was notable for its English-language movies made by directors from non-English-speaking places, with selections such as "The Lobster," "Sicario," "Louder than Bombs," "Tale of Tales" and "Youth" dotting the selection. This year's festival maintains half that bargain. There are, once again, many English-language movies. Only this time, they are largely made by Americans. With Steven Spielberg, Jim Jarmusch, Woody Allen, Shane Black, Jodie Foster, Jim Jarmusch again, Jeff Nichols and Sean Penn all bringing new directorial work to the festival, the 2016 edition of Cannes will be as American as it's been in years.

Guardians Of The Galaxy Vol. 2: Not Just An Awesome Movie, A Technological Masterpiece Too I am Groot - frame from Guardians of the Galaxy Vol. 2 trailer I got the chance to see Guardians of the Galaxy Vol. 2 yesterday at Dolby's London in-house theater. I was particularly keen to catch this one, not just because I'm a massive fan of the first movie, but also because this film represents a technological shift that I'm fascinated by. The film is great by the way and tech fans will unleash a hearty laugh toward the end of the movie. But this isn't a film review as such, and there will be no spoilers within. In the UK there is virtually no commercial way to watch a movie in Dolby Vision, which is the company's digital projection system that allows for high dynamic range presentations.