How emotionally intelligent AI can improve the way humans interact

What gave you the idea to work in this area? What problem--or problems--are you trying solve? When I was doing my PhD at Cambridge University, I was constantly using my laptop to communicate with my family back home in Egypt. I realized I was spending more time interacting with technology than with any other human being. And as I communicated with my family, they had no clue how I was feeling except for the smiley or sad face emojis that I could send them.

A legal challenge against the use of automatic facial recognition technology by police has been launched by a civil liberties group. Automatic Facial Recognition uses CCTV or surveillance cameras to record and compare facial characteristics with images on police databases. Lawyers for Big Brother Watch argue the use of AFR breaches the rights of individuals under the Human Rights Act. The Metropolitan Police says the technology will help keep London safe. The system is being piloted in London, with three other forces - Humberside, South Wales, and Leicestershire - also trialling the technology.

One of today's more popular artificially intelligent (AI) androids comes from the TV series "MARVEL's Agents of S.H.I.E.L.D." Those of you who followed the latest season's story -- no spoilers here! One of the most interesting things about this fictional AI character is that it can read people's emotions. Thanks to researchers from the University of Cambridge, this AI ability might soon make the jump from sci-fi to reality. The first step in creating such a system is training an algorithm on simpler facial expressions and just one specific emotion or feeling. To that end, the Cambridge team focused on using a machine learning algorithm to figure out if a sheep is in pain, and this week, they presented their research at the IEEE International Conference on Automatic Face and Gesture Recognition in Washington, D.C.

A couple have been told to restrain their cat or face having their mail deliveries suspended. Matthew Sampson was notified by Royal Mail last week of a "potential hazard" at his home in South Gloucestershire which was "affecting deliveries". According to Royal Mail, Bella the cat is a "threat" to staff and has been putting "fingers at risk of injury". But owner Matthew Sampson, said he was "shocked" by the notice as he has "never seen her get aggressive". In the letter, Royal Mail states it has been "experiencing difficulties in delivering mail" to Mr Sampson's address in Patchway "because of the actions of a cat". 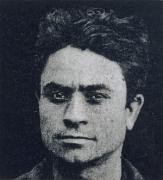