The impact of the COVID-19 pandemic on education has been profound, with new ways of thinking about how best to teach students reverberating in institutions of higher learning, K-12 classrooms and in the business community. The role of AI is central to the discussion on every level. For the K-12 classroom, teachers are thinking about how to use AI as a teaching tool. For example, Deb Norton of the Oshkosh Area school district in Wisconsin, was asked several years ago by the International Society for Technology in Education to lead a course on the uses of AI in K-12 classrooms, according to a recent account in Education Week. The course includes sections on the definition of artificial intelligence, machine learning, voice recognition, chatbots and the role of data in AI systems.

'We have nothing': A life in limbo for Malaysia's Yemeni refugees

Kuala Lumpur, Malaysia - Mahmoud was well into his shift baking bread when a burst of urgent shouts warned him of an approaching cordon of men in uniform. Time was of the essence and the 19-year-old, ever alert, wasted none of it. By the time the immigration officers barged into the bakery, trawling for those without proper documents, Mahmoud was already dashing up a nearby flight of stairs. He stopped only after reaching the seventh floor of the building, located on the southern outskirts of Malaysia's capital, Kuala Lumpur. "I watched out from the window and saw they had detained many young people," Mahmoud recalls.

Lessons from a failed 'Palestinian' film 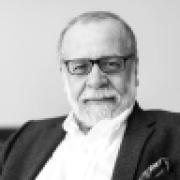 Anyone who has the slightest familiarity with the making of a feature or documentary film would know too well what a Herculean task mounting any such project is – whether it is brilliantly or poorly done, whether it ends up being highly successful or a huge failure, critically acclaimed or a commercial flop. Over the decades, I have seen a number of world-renowned filmmakers at work; from Ridley Scott to Abbas Kiarostami, Elia Suleiman, Amir Naderi, Hany Abu Assad, Ramin Bahrani, Annemarie Jacir, Shirin Neshat, and many others. I learned from these filmmakers that there are so many financial, logistical, strategic, and practical issues at work that the actual ideas at the heart of a film are almost lost to all involved except for the visionary craftsman called the director who stands (or sits) behind the camera and shouts "action," and then "cut!" It is easy to find fault with a final product, understand how and why it has failed, where it went wrong – but one should be cautious and circumspect in categorically dismissing a film no matter what an unqualified failure it might end up being. A recent film about a crucial Palestinian issue made by an Egyptian filmmaker has become the subject of such intense controversy.

Coronavirus doctor's diary: Why are people remaining ill for so long? 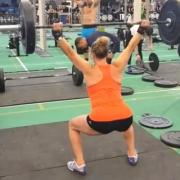 Four months after the start of the coronavirus pandemic, doctors are still on a steep learning curve. One surprise is just how long symptoms seem to last, for some patients. Dr John Wright of Bradford Royal Infirmary (BRI) talks to two young women who are still tired and breathless many weeks after falling ill. Amira Valli, a doctor from a neighbouring hospital, has been getting out of breath when climbing a single flight of stairs. Molly Williams, a physio at BRI, has always been a super-fit athlete but "being breathless is becoming my norm" she says.

We Are Still Here: A Story from Native Alaska

It is the same plane, with the same pilot, that she has flown in almost every year of her childhood. The 50-minute flight will take her over a snowy mountain range, a volcano and an elaborate tundra of blueberries and mushrooms, tea leaves and caribou moss, wildflowers and spider webs. She is heading to her mother's childhood home and the place where she spends her summers - the remote Alaskan village of Iliamna. Without any roads connecting it to the outside world, this is her only way of going'home'. Iliamna, which is an Athabascan word meaning "big ice" or "big lake" sits on the shore of the lake that shares its name.