Apple has been manufacturing chips to use in its Macs for a while now, though the ARM-based silicon mostly backs up Intel's main CPUs during laptop "Power Nap" sessions. The company also makes its own silicon for iOS and Apple Watch devices. Now, according to a report at Bloomberg, Apple plans to replace Intel components with its own chips for Macs, starting as early as 2020. The process to replace Intel processors, called Kalamata internally, is still in the early stages, say Bloomberg's sources. Apple-made chips make sense for the tech company, especially in the wake of the security issues around Intel (and other manufacturer's) chip architecture.

Intel's Spectre patch is so busted, the company is telling customers not to use it

The two recently disclosed vulnerabilities affecting all kinds of computer processors represented a huge threat to consumers and businesses around the globe. Thankfully, Intel offered up a partial fix -- so all good, right? You see, it turns out the patch that was issued by Intel has a few problems of its own. Now, things are so busted that the company is telling some of its customers to avoid the official patch altogether. This unfortunate development came to light Monday, when Intel issued an official statement telling a groups of its customers to just slow their roll when it comes to updating their critically vulnerable systems. 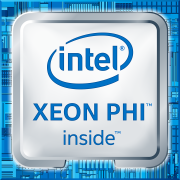 Why are People So Scared of Artificial Intelligence? AI News Intel Software

Learn about a recent Intel survey that found that 54% of participants expect widespread adoption of Artificial Intelligence within the next 5 years, and discover people's perceptions of how it will affect their lives Read Andrew Patterson's article "Towards Data Science": http://bit.ly/2M4biAd About Intel Software: The Intel Developer Zone encourages and supports software developers that are developing applications for Intel hardware and software products. The Intel Software YouTube channel is a place to learn tips and tricks, get the latest news, watch product demos from both Intel, and our many partners across multiple fields. You'll find videos covering the topics listed below, and to learn more, you can follow the links provided! Follow INTEL SOFTWARE on TWITTER: http://bit.ly/2zahGSn

Technology continues to redefine how we experience and interact with the world. From processors that can power truly immersive VR experiences to smart and connected homes that understand and anticipate your needs, the 8th Generation Intel Core processor is revolutionizing how we play, shop, travel, learn, and work.