Fully autonomous vehicles are already operating on city streets, but a study published last year in AI and Ethics reported that 74% of survey respondents said they do not trust AVs nor believe AVs can perform better than a normal driver. However, a number of companies are developing technologies to enhance safety for and around autonomous vehicles in urban areas. According to Statista, 58 million autonomous vehicles are projected to be sold globally in 2030. Cities need to be ready for them. "The nation's city leaders see that AV technology is here so it cannot be ignored or left in a regulatory limbo while it operates on our streets," said Houston city council member and Vice Mayor Pro Tem Martha Castex-Tatum in testimony to the U.S. House of Representatives Committee on Transportation and Infrastructure earlier this year.

Uber Technologies Inc. halted autonomous vehicle tests after one of its cars struck and killed a woman in Tempe, Arizona, in what is likely the first pedestrian fatality involving the technology. The 49-year-old woman, Elaine Herzberg, was crossing the road outside of a crosswalk when the Uber vehicle operating in autonomous mode under the supervision of a human safety driver struck her, according to the Tempe Police Department. After the incident, which happened at 10 p.m. local time on Sunday, she was transferred to a nearby hospital, where she died from her injuries. "Uber is assisting and this is still an active investigation," Liliana Duran, a Tempe police spokeswoman, said in an emailed statement. We're thinking of the victim's family as we work with local law enforcement to understand what happened.

Future Tense is a partnership of Slate, New America, and Arizona State University that examines emerging technologies, public policy, and society. A number of lawmakers in our nation's capital have been wary of self-driving cars on our roadways, a sentiment echoed by many citizens dubious of the burgeoning technology. But while national-level regulation has been slow to come, autonomous car development is already quite advanced in states like Arizona, where self-driving vehicles may even be further along than previously thought. Thanks to a lax 2015 edict by Arizona's governor, the state has become a hotbed for Silicon Valley's self-driving car testing. Waymo, one of the leaders in the autonomous car space, recently put in the paperwork to launch a self-driving ride-hailing business in the state.

Automotive industry stakeholders have touted autonomous cars as being much safer than human drivers. According to the US National Highway Traffic Safety Administration (NHTSA), 94 percent of crashes are caused by human error, so it seems that obvious that adding more automation will make cars safer. However, nonprofit public interest group Consumer Watchdog warns that the rush to deploy self-driving cars is dangerous. "We're very concerned that there is a real press to rapidly deploy these things too quickly," Consumer Watchdog Privacy Project director John Simpson tells ZDNet. "There needs to be very adequate safety precautions and procedures in place." 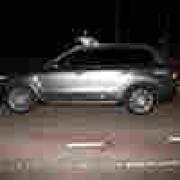