His new investments come as Saudi Crown Prince Mohammed bin Salman also bets heavily on tech companies to draw know-how and expertise to the kingdom. Those efforts are part of the de facto Saudi ruler's long-term plan--called Vision 2030--to reshape the kingdom's oil-reliant economy by boosting the private sector. The country's sovereign-wealth fund, the Public Investment Fund, has amassed a nearly 5% stake in electric-car maker Tesla Inc., a senior Saudi adviser familiar with the matter said Tuesday. PIF already has taken a 45% stake in SoftBank Group Corp.'s $100 billion Vision Fund and made a $3.5 billion bet on Uber Technologies Inc. SoftBank is hiring the head of Deutsche Bank AG's unit in Saudi Arabia to lead a new office in Riyadh, with the goal of encouraging the Vision Fund's portfolio startups to set up in Saudi Arabia. "The Saudis likely see these technologies and firms are going to be part of the future…as Saudi Arabia looks to diversify away from hydrocarbon industries," said Monica Malik, chief economist at Abu Dhabi Commercial Bank. 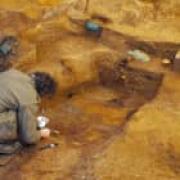 VANCOUVER, BRITISH COLUMBIA - Vancouver penthouses, ski chalets at Whistler, and holiday retreats in Persian Gulf islands are among the thousands of properties identified in a dirty-money probe that estimates more than 7 billion Canadian dollars ($5 billion) was laundered through British Columbia last year. The startling findings from two reports released by the provincial government Thursday illustrate how a torrent of suspicious cash has fueled casinos, luxury car sales and real estate in the Pacific Coast region. "The amount of money being laundered in B.C. is more than anyone predicted," Finance Minister Carole James told reporters Thursday, referring to the western Canadian province. In real estate alone, an estimated C$5 billion may have been laundered last year in the province -- equivalent to 4.6 percent of all transactions by value in that period, according to one of the reports. In the Vancouver region, where housing prices rose more than 70 percent in five years, "I certainly believe that money laundering played a part," James said.

A mixture of excitement and fear has enveloped the religiously conservative kingdom of Saudi Arabia as it awaits the lifting of a decades-long ban on women driving on June 24. In only three days the Saudi kingdom, which has some of the world's tightest restrictions on women, will see women driving side-by-side as their male counterparts for the first time. In a statementon Twitter, the ministry of information announced that educational events will be held in Riyadh, Damam, Jeddah and Tabuk during the evening hours of the next three days to "introduce women to road safety regulations and help break the barrier of fear". The events will depend on electronic simulators, educational stations and competitions to help "familiarise women with the techniques of using a car," the statement said. The ministry hopes the activities it has set up will help "instill the principle of safety first" and "showcase [to female motorists] the importance of using seat belts", according to the statement.

When Masayoshi Son was a boy growing up in Kyushu, he kept a notebook to scribble down inventions he hoped to create one day. Today, the SoftBank founder has almost $100 billion to invest in making the next big thing a reality. Son's SoftBank Group Corp. closed the first round of a planned $100 billion investment fund, with money raised from Saudi Arabia, Abu Dhabi, as well as Apple Inc. and Qualcomm Inc. The Vision Fund gives the 59-year-old access to a pool of capital unparalleled in the worlds of private equity or venture capital -- the equivalent of four Silver Lakes or 15 Sequoia Capitals. He has said, without irony, that he has a 300-year plan for SoftBank and aims to build the world's most valuable company.