Highest radiation reading since 3/11 detected at Fukushima No. 1 reactor

The radiation level in the containment vessel of reactor 2 at the crippled Fukushima No. 1 power plant has reached a maximum of 530 sieverts per hour, the highest since the triple core meltdown in March 2011, Tokyo Electric Power Co. Holdings Inc. said. Tepco said on Thursday that the blazing radiation reading was taken near the entrance to the space just below the pressure vessel, which contains the reactor core. The high figure indicates that some of the melted fuel that escaped the pressure vessel is nearby. At 530 sieverts, a person could die from even brief exposure, highlighting the difficulties ahead as the government and Tepco grope their way toward dismantling all three reactors crippled by the March 2011 disaster. Tepco also announced that, based on its analysis of images taken by a remote-controlled camera, that there is a 2-meter hole in the metal grating under the pressure vessel in the reactor's primary containment vessel.

Nuclear fuel debris removal at Fukushima plant could start with No. 2 reactor 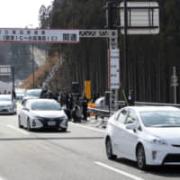 A government-backed organization in charge of supporting the decommissioning of nuclear plants is considering to propose starting the removal of melted nuclear fuel debris beginning with the No. 2 reactor at Tokyo Electric Power Company Holdings Inc.'s Fukushima No. 1 nuclear plant, officials said Thursday. Nuclear Damage Compensation and Decommissioning Facilitation Corp., or NDF, believes that the No. 2 unit is the most suitable for melted fuel removal work among the three heavily damaged reactors based on the results of its investigation into radiation levels at the reactors and the conditions inside them. In January 2018, Tepco confirmed deposits of melted nuclear fuel debris inside the No. 2 reactor containment vessel of the plant in Fukushima that was damaged in the March 2011 earthquake and tsunami. In February this year, the company made physical contact with the deposits using equipment, making much more progress in investigating the No. 2 reactor than the No. 1 and No. 3 reactors. Tepco plans to further investigate the inside of the No. 2 reactor by the end of March next year, aiming to collect sample debris. 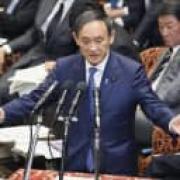 The operator of the disaster-hit Fukushima No. 1 nuclear power plant said Wednesday it has completed its first attempt to use a remote-controlled probe to manipulate melted fuel accumulating at the bottom of one of the crippled reactors. During the nearly eight-hour operation, Tokyo Electric Power Company Holdings Inc. inserted the probe that is equipped with a camera, radiation meter and tong-like grips into the primary containment vessel of the No. 2 reactor. Of the six locations that were surveyed, the probe, which is 30 centimeters tall and 10 cm wide, successfully lifted several centimeters of deposits at five locations, a TEPCO official said at a news conference. But in the remaining area that resembled clay, the probe could not pick up any of the deposited material, indicating it was relatively solid. The findings from the operation will provide important information to help in the decommissioning of the Nos. 1 to 3 reactors at the plant that suffered core meltdowns in the nuclear crisis that began in March 2011, according to Tepco.