Canada has warned its citizens of the risk of "arbitrary enforcement" of local laws in China after a Canadian man convicted of drug trafficking was suddenly retried and sentenced to death, and Beijing denied another detained Canadian diplomatic immunity. The Canadian government on Monday updated its travel advisory for China, telling citizens to exercise a high degree of caution while in the country. The update noted the "risk of arbitrary enforcement of local laws" and highlighted the severe penalties for drug offences, including death. It came hours after a court inin China's Liaoning province sentenced Robert Lloyd Schellenberg to be executed for drug smuggling following a day-long retrial in which the 36-year-old Canadian had declared his innocence. "The court completely rejects the accused person's explanation and defence because it is completely at odds with the facts," the chief judge said in a courtroom packed with observers, including Canadian embassy officials. 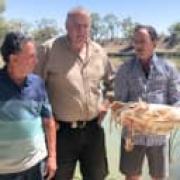 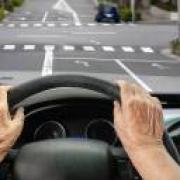 China is considering a visit to Japan by President Xi Jinping when the summit of the Group of 20 advanced and emerging economies is held in Osaka on June 28 and 29 next year, diplomatic sources said Thursday. Japan, meanwhile, is hoping Prime Minister Shinzo Abe can visit China as early as the autumn, as this year marks the 40th anniversary of the signing of a friendship treaty between the two countries, the sources said. If Xi's visit as a state guest -- the highest level of recognition during such events -- is realized, he will become the first Chinese head of state to visit Japan since Hu Jintao in 2008. The two countries recently agreed to go forward with mutual visits by their respective leaders amid efforts to improve bilateral ties. Abe and Xi have not held talks in the context of an official visit by either side since they took office in 2012 and 2013, but years of strain on bilateral relations due to historical and territorial grievances have recently given way to a thaw.

Australian journalists flown out of China 'amid diplomatic standoff'

China is not only Australia's key trading partner and the biggest customer for its coal and iron ore, but it's also one of its most important stories to cover. As tensions rise between Beijing and Canberra, the need for journalists on the ground in China becomes ever more crucial.