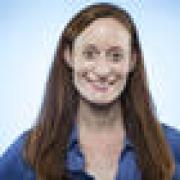 Iraqi security forces launched the second phase of their offensive against Islamic State in the key city of Mosul on Thursday, advancing into the city with U.S. forces embedded closer to the front line than in the past. While Iraqi counter-terrorism and army units pushed forward from the north and east toward the Tigris River that divides the city, several thousand federal police advanced to the southeast, commanders said. "The prime minister gave us orders to reach the river in a short time. Now the second step, this morning, begins," said Maj. Gen. Najim Jabouri, Iraqi army commander of the offensive, reached by phone where he was overseeing troops in a northern Mosul neighborhood. Prime Minister Haider Abadi had hoped to retake Mosul by year's end, but said this week he expected the offensive to take another three months.

MOSUL, IRAQ – Breaking a two-week lull in fighting, Iraqi troops backed by the U.S.-led coalition's airstrikes and artillery pushed deeper into eastern Mosul on Thursday in a multipronged assault against Islamic State militants in the city. Elite special forces pushed into the Karama and Quds neighborhoods, while army troops and federal police advanced into the nearby Intisar, Salam and Sumor neighborhoods. Columns of dark smoke rose overhead as explosions shook the city and heavy machine gun fire echoed through the streets. Stiff resistance by the militants, civilians trapped inside their houses and bad weather have slowed advances in the more than two-month-old offensive to recapture Iraq's second-largest city, the extremist group's last urban bastion in the country. It is the biggest Iraqi military operation since the 2003 U.S.-led invasion.

AL-HUD, IRAQ/SHEIKH AMIK IRAQ/KHAZER IRAQ – The mutilated bodies of Islamic State group fighters were still strewn on the ground of this northern Iraqi town on Wednesday. Another's face was flattened by abuse. Iraqi troops on the march toward Mosul moved into al-Hud a day earlier and declared it liberated. But they found residents had already risen up and killed many of the militants in the town themselves. With the offensive to recapture Mosul in its third day, Iraqi forces advancing from the south and east are fighting to retake the towns and villages the dot the plains and line the Tigris River leading to the city.

MOSUL, IRAQ – As Iraqi forces pushed into southwestern Mosul, four Islamic State fighters moved into Omar Khudair's home and took up positions on the roof. The 17-year-old, his parents and siblings took cover in his aunt's house next door, and for the next half hour they huddled in a back room as the battle raged overhead. Then the airstrikes came, blowing up a cluster of houses, killing not only the fighters, but 18 members of Khudair's extended family. The teen was one of the few to survive, left covered in burns and shrapnel wounds. The fight for the western half of Mosul could be the deadliest yet for civilians.