Simulators, such as digital twins, which allow developers to speed up the development of AI systems, along with the reinforcement learning libraries that integrate with them (The RL library that's part of RISELab's Ray is a great example.) Developer tools for building AI applications that can process multimodal inputs Tools that target developers who aren't data engineers or data scientists

Thou Shalt Not Depend on Me 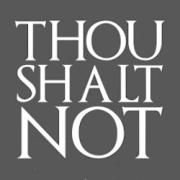 Many websites use third-party components such as JavaScript libraries, which bundle useful functionality so that developers can avoid reinventing the wheel. But what happens when libraries have security issues? Chances are that websites using such libraries inherit these issues and become vulnerable to attacks. Given the risk of using a library with known vulnerabilities, it is important to know how often this happens in practice and, more importantly, who is to blame for the inclusion of vulnerable libraries--the developer of the website, or maybe a third-party advertisement, or tracker code loaded on the website?

A software security engineer has identified 12 Python libraries uploaded on the official Python Package Index (PyPI) that contained malicious code. The 12 packages have been discovered in two separate scans by a security engineer who goes online by the name of Bertus, and have long been removed from PyPI before this article's publication. All packages were put together and worked following a similar pattern. Their creator(s) copied the code of popular packages and created a new library, but with a slightly modified name. For example, four packages (diango, djago, dajngo, djanga) were misspellings of Django, the name of a very popular Python framework.

In this article I am going to list 20 most important python libraries. The most famous http library written by kenneth reitz. It's a must have for every python developer. If you are involved in webscraping then this is a must have library for you. After using this library you won't use any other.

Knowing which programming language will best meet your needs can be daunting for new developers. To shed light on this question, developer hubs such as Stack Overflow and GitHub release data on the most popular languages on their platforms. Below are the programming languages that have topped the biggest developer surveys / round-ups in 2018. Here's what you need to know about each language, the jobs that require them and how to get started learning. What is it used for?