Larry Page's dream of using technology to fix cities may come to Canada first. Sidewalk Labs LLC, the urban innovation unit of Page's Alphabet Inc., has applied to develop a 12-acre strip in downtown Toronto, responding to a recent city agency request for proposals, according to two people familiar with the plans. Details of the proposal are private, but these people said the bid fits with the company's ambition to create a connected, high-tech city or district from scratch. Last year, the company began talking openly about building a theoretical urban zone "from the internet up," with some of the same tools and principles that have fueled success at many tech companies. Before applying in Toronto, Sidewalk Labs discussed creating a district in Denver and Detroit with Alphabet executives, according to the people.

Citizens will be monitored at every turn in 'Google city'

Constant surveillance may sound like an Orwellian vision of the future, but it could become reality in a'smart city' district being planned by Google's parent company.

In the 1980s, I was part of a team doing research into the geography of the high-tech industry. We couldn't find a single significant high-tech company in an urban neighborhood. Instead, they were all out in the suburbs--not just Intel and Apple in Silicon Valley, or Microsoft in the Seattle suburbs, but the Route 128 beltway outside Boston, and the corporate campuses of North Carolina's Research Triangle. In 2016, the San Francisco metro area was the top location for venture capital investment in the country, hauling in $23.4 billion--more than triple the VC investment in Silicon Valley proper. New York had virtually zero VC-backed startups in the 1980s, but last year it took in $7.6 billion, eclipsing Silicon Valley as well.

Driving through busy cities and finding a parking spot could both become easier if Google gets its own way. An innovative software developed by a division of its parent company, Alphabet, could improve transportation in some of the biggest US cities using their advanced technology. Their in-depth maps and large database will be used as part of a new programme called Flow which will help reduce traffic in urban areas. Google's in-depth maps and database will be used in a new software to help reduce traffic in urban areas Sidewalk Labs, a subsidiary of Alphabet, is proposing a host of plans to ease transportation issues in US cities. Both driving and finding a parking space could become easier if their proposal is accepted, and Columbus, Ohio may potentially become the first city to benefit from the scheme. 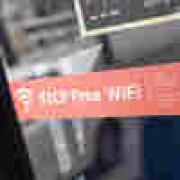 Sidewalk Labs, a unit of Google parent Alphabet, is partnering with Toronto to redesign part of the city's eastern waterfront as a high-tech urban neighborhood.