CINCINNATI – The parents of a young Ohioan who was detained in North Korea for more than a year and died soon after being released said Tuesday he was "jerking violently," howling, and "staring blankly" when he returned home on a medical flight. Fred and Cindy Warmbier appeared on Fox News' "Fox & Friends" morning TV show amid an escalating war of words between the Trump administration and North Korea. A North Korean official has claimed President Donald Trump has, in effect, declared war, which the White House denied. Otto Warmbier's father said they wanted to speak out about his condition after hearing North Korea claiming to be a victim that's being picked on. "North Korea is not a victim.

TEACHER DISMISSED Prof not returning to class after Warmbier remarks

An adjunct anthropology professor at the University of Delaware who drew anger by criticizing Otto Warmbier, the American college student who died after being held captive in North Korea, will not be returning to teach. "Katherine Dettwyler, who last taught in the spring as an adjunct faculty member, will not be rehired to teach at the University in the future," a statement from University of Delaware read. Dettwyler said in a since-deleted Facebook message and comment on an article about the late college student on the website of conservative magazine, the National Review, that "Otto Warmbier got exactly what he deserved." "He went to North Korea, for f***'s sake, and then acted like a spoiled, naive, arrogant, US college student who had never had to face the consequences of his actions," Dettwyler wrote. "I see him crying at his sentencing hearing and think'What did you expect?'"

The China tour agency that organized a trip to North Korea for Otto Warmbier, who died after being released in a coma from North Korean detention, said it would no longer take Americans to the country. Young Pioneer Tours said on its Facebook page Tuesday that the death of the 22-year-old Warmbier shows that the risk American tourists face in visiting the isolated nation "has become too high." "The devastating loss of Otto Warmbier's life has led us to reconsider our position on accepting American tourists," the agency said, "There had not been any previous detainment in North Korea that has ended with such tragic finality and we have been struggling to process the result. Now, the assessment of risk for Americans visiting North Korea has become too high." The company runs its North Korean tour out of Yangshuo, China with its tours beginning and ending in Beijing, according to the agency's website. 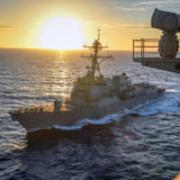 WASHINGTON – U.S. President Donald Trump planned to have dinner Saturday with the parents of an American college student who died in 2017 shortly after being freed from captivity in North Korea. An administration official said Trump was to host the parents of Otto Warmbier, who was convicted of trying to steal a propaganda poster while in the North Korea capital and spent 17 months in prison. He died at age 22 just days after being returned to the United States in a vegetative state. Trump's ambassador to Germany, Richard Grenell, was expected to join the dinner. Officials say he is among the 15 candidates Trump is considering to replace ousted national security adviser John Bolton.

Warmbier's death could also hurt the efforts of recently-elected South Korean President Moon Jae-in to repair ties with North Korea, The New York Times reported. Moon has been more open to communicating with North Korean leaders, claiming sanctions alone have not deterred the rogue state's activities. But South Korean officials now fear it would be difficult to convince the U.S. to engage in dialogue with Pyongyang in wake of Warmbier's death.