The 2017 Nobel Prize for Literature has been awarded to British novelist Kazuo Ishiguro. Born in Japan in 1954, the author's family moved to England when he was five years old. The writer, "in novels of great emotional force, has uncovered the abyss beneath our illusory sense of connection with the world", said the Nobel Prize committee in a statement on Thursday. He is best known for the dystopian work Never Let Me Go and The Remains of the Day, a book Ishiguro has said he wrote in just four weeks. The 62-year-old also writes screenplays.

FILE PHOTO: Author Kazuo Ishiguro photographed during an interview with Reuters in New York, U.S. April 20, 2005. Japanese-British novelist and screenwriter Kazuo Ishiguro has won the 2017 Nobel Prize in Literature. The Swedish Academy announced the award Thursday, calling Ishiguro a writer "who, in novels of great emotional force, has uncovered the abyss beneath our illusory sense of connection with the world." Ishiguro is best known for his novel "The Remains of the Day," which was awarded The Man Booker Prize for fiction in 1989. The novel follows an obedient butler serving a lord in pre-World War II England. 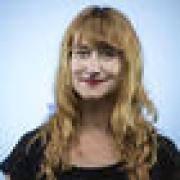 Kazuo Ishiguro is the winner of the Nobel Prize for literature. Born in Japan and raised in Britain, Ishiguro is best known for the novels "The Remains of the Day" and "Never Let Me Go." Published in 1989, "The Remains of the Day" won the Man Booker Prize and was adapted into the 1993 film starring Anthony Hopkins and Emma Thompson. "In British and Japanese society, the ability to control emotions is considered dignified and elegant," Ishiguro told the Times in 1990. In Stevens, there is "the tendency to mistake having any emotions at all with weakness." "Ultimately," he continued, "the book is about the tragedy of a man who takes that thing too far, who somehow denies himself the right to love and be human.

The Latest: Ishiguro Is 'A Combination of Austen and Kafka'

This year's Nobel Literature prize winner Kazuo Ishiguro's most well-known novel is "The Remains of the Day," which was turned into a popular movie of the same title. His most recent novel is 2015's "The Buried Giant," about an elderly couple's trip through an English landscape to meet a son they haven't seen in years.

It's tough to see good jobs lost to automation, but this is one most aren't likely to mourn.