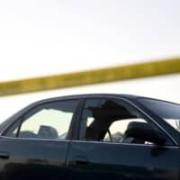 TEHRAN, IRAN – Iran will "take a strong step" away from its 2015 nuclear deal with world powers if Europe cannot offer the country new terms by a deadline at the end of this week, a government spokesman said Monday as top Iranian diplomats traveled to France and Russia for last-minute talks. The comments from Ali Rabiei reinforced the Friday deadline Iran had set for Europe to offer it a way to sell its crude oil on the global market. Crushing U.S. sanctions imposed after President Donald Trump withdrew the U.S. from the deal have curbed Iran's oil exports and sent its economy into freefall. In response, Iran has surpassed limits on nuclear enrichment set out in the accord in a bid to pressure Europe to find a way around the U.S. sanctions. Iranian Foreign Minister Mohammad Javad Zarif was in Moscow, while his deputy traveled to Paris with a team of economists Monday in a renewed diplomatic push.

The Price of Breaking the Iran Deal

On May 12, President Trump will once again determine the fate of the nuclear agreement with Iran. This week European leaders--first French President Emmanuel Macron, followed by German Chancellor Angela Merkel--have come to Washington to convince Trump to stay in the deal known as the Joint Comprehensive Plan of Action. Macron proposed a plan for a more comprehensive response to Iran's nefarious activities, which would build on the JCPOA and address U.S. concerns surrounding Tehran's long-term nuclear plans, missile program, and regional policy, but by his own assessment has likely failed to sway the president. It remains to be seen whether Merkel can do any better. If Trump walks away, do not expect an immediate emergency but instead a slow-motion crisis that would play out over years and most likely result in the United States and its partners eventually being forced to choose between accepting a nuclear-armed Iran or pursuing military action.

Is the Iran nuclear deal about to collapse?

US President Donald Trump has repeatedly called the 2015 nuclear deal between Iran and world powers the "worst ever" and threatened to abandon it. The accord - negotiated by his predecessor, Barack Obama - saw Iran limit its sensitive nuclear activities in exchange for relief from international sections. Mr Trump has twice refused to certify to Congress that Iran is complying with the agreement, but so far declined to reimpose nuclear-related sanctions. However, he warned in January that the US would "withdraw" from the deal on 12 May - the next deadline for waiving sanctions - unless Congress and European powers fixed its "disastrous flaws". He complained that the deal only limited Iran's nuclear activities for a fixed period; had failed to stop the development of ballistic missiles; and had handed Iran a $100bn (£72bn) windfall that it used "as a slush fund for weapons, terror, and oppression" across the Middle East.

The head of Iran's nuclear programme Ali Akbar Salehi has announced that the Islamic Republic has broken new ground on nuclear technology, with scientists taking the first steps to design a modern process for 20 percent uranium enrichment, a move Iranian observers say is a warning to the US and Europe. In an interview with state news agency, IRIB, Salehi said on Sunday that Iranian scientists are "on the threshold" of modernising the mechanism to produce 20 percent uranium. "This is distinct from the previous 20 percent fuel produced, and we can provide fuel to any reactor similar to the Tehran reactor," Salehi said. "Right now, designing a reactor has become very possible for our scientists," he said without elaborating on the purpose of such enrichment. Enriching uranium at 20 percent is considered above the requirement for nuclear energy production, but still well below the 80 to 90 percent enrichment required for a nuclear weapon. 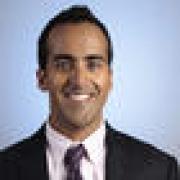 Inside two curved glass towers on the outskirts of this elegant capital, analysts pore over satellite imagery and tests of environmental samples collected from nuclear sites in Iran. Two thousand miles away, at Iran's main uranium enrichment complex near the city of Natanz, a small team of international inspectors studies information transmitted around the clock by surveillance cameras, online monitors and fiber-optic seals on nuclear equipment. The International Atomic Energy Agency -- the United Nations watchdog monitoring Iran's nuclear program -- describes it as the toughest and most technologically advanced inspections regime ever put in place to prevent a country from developing an atomic bomb. Critics, including some in the Trump administration, say the agency is not inspecting Iranian facilities aggressively enough. Trump's attacks on a deal that he has called "an embarrassment" have focused attention on the IAEA, a 60-year-old agency staffed largely by scientists, engineers and data analysts that has battled to protect its neutrality while working in some of the most volatile environments in the world.