The boss of Google - under fire over allegations of political bias and its failure to protect personal information - is to tell congress it supports government legislation that defends against privacy violations. On the day Google announced it was to terminate earlier than planned its modestly-used social media network Google Plus because of a flaw that had leaked the personal information of 52.5m users, CEO Sundar Pichai made clear he would defend the company against accusations of favouritism or predisposition. "I lead this company without political bias and work to ensure that our products continue to operate that way," Mr Pichai will say in prepared remarks he is due to deliver on Capitol Hill. "To do otherwise would go against our core principles and our business interests." He added: "We are a company that provides platforms for diverse perspectives and opinions - and we have no shortage of them among our own employees. "Some of our Googlers are former servicemen and women who have risked much in defence of our country.

Twitter CEO Jack Dorsey is under fire after posting tweets encouraging followers to visit Myanmar, without mentioning allegations of genocide and gang rape by its military against Rohingya Muslims – nearly a million of whom have been forced out the country. The backlash began on Saturday evening, when Mr Dorsey posted about his 10-day trip to the Myanmar town of Pyin Oo Lwin for a meditation retreat. In the thread, Mr Dorsey wrote about how he had isolated himself from technology to "hack at the deepest layer of the mind and reprogram it" using an intense form of Buddhist meditation called Vipassana. He went on to call the country beautiful, writing "the people are full of joy and the food is amazing". Towards the end of the thread, Mr Dorsey encouraged his 4.12 million followers to try Vipassana for themselves, and even go to the country in the south-east Asian nation: "If you're willing to travel a bit, go to Myanmar."

Who Is Roxana Baldetti? US Requests Extradition Of Former Guatemalan Vice-President For Drug Trafficking

Roxana Baldetti, the former Guatemalan vice-president whose extradition has been formally requested by the United States, late Wednesday after she was indicted in the U.S. District Court for the District of Columbia in February 2017 on drug trafficking charges. Baldetti was charged for distributing nearly five kilograms of cocaine from January 2010 to May 2015, knowing that it would be illegally imported to the U.S. The Depart of Justice had made it clear at the time that the U.S. would be serving a formal extradition notice to the former Guatemalan vice-president at a future date. The news that the U.S. is moving forward with the extradition request was announced by Guatemala's foreign ministry, the Washington Times reported. Guatemalan former vice-president Roxana Baldetti is pictured at a courtroom before the judge suspended the hearing in which he was to decide on whether a trial against her and former President Otto Perez Molina (out of frame) would take place, at the Supreme Court in Guatemala City, March 28, 2016. Baldetti served in former Guatemalan President Otto Perez Molina's government, who was impeached over corruption charges.

A majority of Americans believe social media platforms such as Twitter and Facebook hurt free speech and democracy more than they help, according to a new survey. 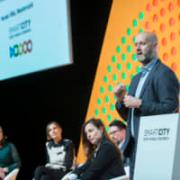