Is Amazon a Monopoly?

On the show, he'll talk to Lina Khan, whose research encouraging tighter regulations on Amazon caught some heat from the company's general counsel. Khan works at the Open Markets Program, formerly housed under the New America Foundation.

That shows that there really are new thoughts going through their heads. I'm very excited about that. Then if you look at the proposal itself, most of it is warmed-over Clinton-era stuff. But there's one thing in here that I think is really significant and really meaningful and I'm really excited to see the Democrats embrace it, and that's the anti-monopoly, antitrust agenda. That is the Democratic Party turning their back on a consensus issue of 30 years standing.

Monopoly smites the humble thimble figure from its game 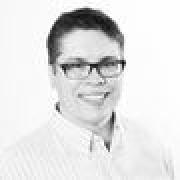 It has been a cruel 2017 thus far and now the humble thimble, the universal symbol of the blessed sewers who toil and sweat over clothes, blankets, and so much more, has unceremoniously been booted from the choice of Monopoly figurines. SEE ALSO: The biggest rivalry in'Super Smash Bros. Melee' history In January, the game's maker, Hasbro, opened up fan voting on what it was calling Monopoly Token Madness for users to select new tokens for the game. But here's the twist: rather than simply replacing a token or two, as the game has done in the past, the current vote is to select all eight tokens for future versions of the game. The makers of the game are already teasing us with the lineup, to be announced on March 19 -- which, come on, guys, we just had National Play Monopoly Day in November -- by informing us that the thimble has already been voted off the island. Fans have voted the longtime Monopoly piece out of the game.

Mysterious artist Alec Monopoly unveiled a 50ft Wall "Tag" on the exterior of Mondrian Hotel Miami for Tag Heuer. Named by Tag Heuer as their new Art Provocateur, Monopoly was joined by Tag Heuer CEO Jean Claude Biver and select invited insiders including hip-hop artist Fat Joe to be the first to lay eyes on the up until now secret project. The installation can be viewed through Art Basel by global art connoisseurs and locals until next Nov. 30 while a week long Tag Heuer pop-up shop and gallery will be open to public for the duration of Art Basel. The event was followed by a celebratory private dinner that featured Alec Monopoly, creating a one-of-a-kind painting live and an after party at the same location. Alec Monopoly's face is always hidden behind a bandana to preserve his anonymity, but what is he famous for?

In this January 2016 photo provided by Carrie Goldman, her daughter, Annie Rose, holds a letter in Evanston, Ill., that she wrote to Hasbro asking why the female character Rey was omitted from a Monopoly set based on "Star Wars: The Force Awakens," when she is a main character and crucial to the story. Hasbro responded that they would add Rey to a Star Wars version of Monopoly by the end of the year. Eighteen months later, Annie Rose and others are still waiting.