Libra's Ranks Shrink Again as Crypto Group Appoints a Board

Libra could use a return to balance. Even by Facebook standards, it's been a tumultuous few weeks for the company's nascent cryptocurrency effort. First came the departure of PayPal, the old haunt of Facebook blockchain guru David Marcus, from the Libra Association, the group that plans to administer the cryptocurrency. Then came six other defections, including Visa and Mastercard--and, Monday morning, Priceline owner Bookings Holdings. Adding salt to the wound, Facebook's new fintech subsidiary, Calibra, was slapped with a lawsuit last week over its logo, which bears a suspicious resemblance to another fintech's look.

Hamilton, Carol (Association for the Advancement of Artificial Intelligence) 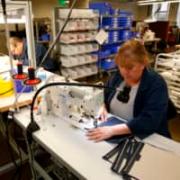 WASHINGTON – U.S. payments processor PayPal said on Friday it was leaving Libra Association, the entity managing the Facebook-led effort to build global digital currency Libra, making it the first member to exit the group. PayPal said it would forgo any further participation in the group and would instead focus on its own core businesses. "We remain supportive of Libra's aspirations and look forward to continued dialogue on ways to work together in the future," PayPal said in a statement. In response, Geneva-based Libra Association said it was aware of the challenges lying ahead in its attempts to "reconfigure" the financial system. "The type of change that will reconfigure the financial system to be tilted towards people, not the institutions serving them, will be hard. Commitment to that mission is more important to us than anything else. We're better off knowing about this lack of commitment now, rather than later," Libra Association said in a statement.

It is the first time the license has been issued in the prefecture. It was granted Thursday based on the Cannabis Control Law. The association, made up of officials of Shinto shrines, initially applied for the license with the aim of providing cannabis to shrines across Japan. But the prefectural government turned down the application in January last year, saying that cannabis is already produced in other prefectures and that foreign-grown cannabis and chemical fibers are available as substitutes. The association, based in the city of Ise, filed for the license again in January, explaining that it plans to supply cannabis only within Mie Prefecture.