A.I. Bias Caused 80% Of Black Mortgage Applicants To Be Denied

Artificial Intelligence and its inherent bias seems to be an ongoing contributing factor in slowing minorities home loan approvals. An investigation by The Markup found lenders were more likely to deny home loans to people of color than to white people with similar financial characteristics. Specifically, 80% of Black applicants are more likely to be rejected, along with 40% of Latino applicants, and 70% of Native American applicants are likely to be denied. How detrimental is the secret bias hidden in mortgage algorithms? It's important to note that 45% of the country's largest mortgage lenders now offer online or app-based loan origination, as FinTech looks to play a major role in reducing bias in the home lending market, CultureBanx reported.

Setting record, 31.5% of those who passed Japan's public servant exam this year were women 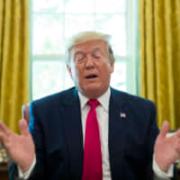 Women accounted for 31.5 percent of those who passed the career-track national public servant examination in fiscal 2019, topping 30 percent for the first time, the National Personnel Authority said Tuesday. Of the 1,798 who passed, 567 were women. The share exceeded by 4.3 percentage points the previous record high, which was attained the previous year. "Following seminars for female students and other efforts, the share of women among all applications increased, shoring up the number of female passers," said an official at the government agency. The total number of applicants stood at 17,295, meaning 1 in every 9.6 applicants passed the exam.

Applications are only open for ESR11 (Assisted authoring for avoiding inadequate claims in scientific reporting) and ESR12 (Text mining for the systematic survey of diagnostic tests in published or unpublished literature).

Palantir charged with discriminating against Asians

SAN FRANCISCO -- The Labor Department is suing prominent Silicon Valley data company Palantir Technologies to end what it alleges is a pattern of discrimination against Asian job applicants. The lawsuit filed Monday with the Labor Department's Office of Administrative Law Judges is also seeking compensation for Asian job applicants, the department said in a press release. Palantir is a federal government contractor that provides software and data analysis to the FBI, the U.S. Special Operations Command and the Army. The Labor Department said it filed the suit after being unable to resolve the case with Palantir. At risk are Palantir's existing government contracts.

US may require visa applicants to divulge social media accounts

The State Department has proposed a new requirement for select visa applicants: Their social media handles from the last five years. This would only apply to about 0.5 percent of those applying worldwide and wouldn't target nationals from particular countries (say, those under a travel ban), the government insisted. But should the suggested changes be approved, you'll need to fork over every internet alias you've used or risk jeopardizing your visa. Having an applicant's social media handles would supposedly allow the State Department to more strenuously vet whomever it suspects of terrorist ties or national security-related danger. It's not the first time intelligence agencies have proposed requiring incoming foreign nationals to fork over their internet aliases, either: Homeland Security asked to add it last June, reflecting the increased scrutiny the DHS wanted to pay to visa applicants after the 2015 San Bernardino shooting.