Because of self-driving, KPMG predicts that auto insurance will shrink 60% by 2050 and an additional 10% over the following decade. While more than half of individuals surveyed by Pew Research express worry over the trend toward autonomous vehicles, and only 11% are very enthusiastic about a future of self-driving cars, lack of positive consumer sentiment hasn't stopped several industries from steering into the auto pilot lane. The general sentiment of proponents, such as Tesla and Volvo, is that consumers will flock toward driverless transportation once they understand the associated safety and time-saving benefits. Because of the self-driving trend, KPMG currently predicts that the auto insurance market will shrink 60% by the year 2050 and an additional 10% over the following decade. What this means for P&C insurers is change in the years ahead. A decline in individual drivers would directly correlate to a reduction in demand for the industry's largest segment of coverage.

"The future is here," or so stated Adrian Flux Insurance Services, an insurance broker out of Norfolk, England, that announced it will issue policies for self-driving cars. "Unlike every insurance policy that you've ever held in the past, driverless car insurance needs to cover you against a whole host of modern problems, not just your typical bumps and scrapes," the company stated in a news release. The U.K. allows the extensive testing of fully autonomous vehicles on public roads, as do the states of California, Florida, Michigan, Nevada, Texas and the District of Columbia in the U.S. New vehicles are increasingly coming with advanced driver assistance systems (ADAS), which can take control of the vehicle to ensure it stops before hitting an object or maintains speed and distance between other vehicles. Google's self-driving pod car has no steering wheel. California is considering regulations that would require a human driver behind every autonomous vehicle's steering wheel.

The Fast Lane: What Driverless Cars Mean for Innovation and Risk

It's coming quickly down the road: a world where we can get in a car anytime we want to but don't own one. Where accidents are drastically reduced, and we don't have to worry about dangerous drivers on the road. Where we can join conference calls or draft a report on our morning commute. Cars are changing more quickly and drastically now than at any other point in their history. And it's no wonder: from 2014 to 2017, start-ups, automakers and other stakeholders invested an estimated $80 billion into autonomous vehicle (AV) technology.

Artificial Intelligence and Robotics: Who's Liable for the decisions made?

Reuters news agency reported on 16th February 2017 that "European lawmakers called...for EU-wide legislation to regulate the rise of robots, including an ethical framework for their development and deployment and the establishment of liability for the actions of robots including self-driving cars." The question of determining'liability' for decision making achieved by robots or artificial intelligence is an interesting and important subject as the implementation of this technology increases in industry, and starts to more directly impact our day to day lives. Indeed, as application of Artificial Intelligence and machine learning technology grows, we are likely to witness how it changes the nature of work, businesses, industries and society. And yet, although it has the power to disrupt and drive greater efficiencies, AI has its obstacles: the issue of'who is liable when something goes awry' being one of them. Like many protagonists in industry, Members of the European Parliament (MEPs) are trying to tackle this liability question.

The Road Ahead for Autonomous Cars and Auto Insurance 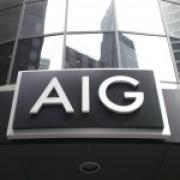 The death of a pedestrian who was struck by an autonomous vehicle in Tempe, Arizona, has brought fresh scrutiny to the accelerating development of self-driving cars. The accident on March 18 is bound to be studied exhaustively, both to determine fault and to assess and refine the overall safety of autonomous systems. According to accounts of the accident, the vehicle, outfitted to test Uber's autonomous driving system, struck a woman at night as she pushed her bicycle across a road outside of a designated crosswalk. Video of the crash, released by Tempe police, shows a woman emerging from a darkened area seconds before she was struck; in the same span of time, the safety driver looks down multiple times for reasons that aren't clear. Uber pledged its full cooperation in the unfolding investigation but has already reached a settlement with some of the victim's family members, while others have come forward, according to multiple news reports.