In many Western democracies, right-wing populists, energised by self-proclaimed victories over "establishment elites", are doubling down on the claim that globalisation lies at the root of many citizens' problems. For those whose living standards have stagnated or declined in recent decades, even as political leaders have touted free trade and capital flows as the recipe for increased prosperity, the argument holds considerable appeal. So it must be addressed head on. Of course, economic grievances alone do not fuel anti-globalisation sentiment; populism has emerged even in countries with low unemployment and rising incomes. But such grievances provide the kernel of truth that populist leaders need to attract support, which they then attempt to secure with distortions and exaggerations.

Don't be afraid of populism

There are two important electoral events in Britain and Spain in the coming weeks that show how afraid we are of "populism". While these elections concern very different matters - the British are voting on whether to stay in the European Union and the Spaniards for the national elections - the accusations of populism are common to both. Conservatives, socialists, and liberals in both countries accuse Nigel Farage, of UKIP, and Pablo Iglesias, of Podemos, of being dangerous demagogues appealing to popular sentiments instead of rational arguments. The problem for the political establishment is not that the former is a racist nationalist politician or the latter a leftist progressive leader, but rather that both will probably do well at the polls. This ongoing panic over the so-called return of populism in Europe is an indication not only that something has ceased to work among traditional parties but also that their strategy is to generalise a political phenomenon that spans different stances.

Last year's political upheavals in the Anglo-American world continue to reverberate. Whether they support or oppose the U.S.-led international economic, financial and military order, or whether they think of themselves as politically moderate or neutral, people around the world continue to ask a common question: What happened, and why? The upending of establishment politics has especially shocked political and business leaders in the global elite. Whether in the cold, crisp air of the World Economic Forum in Davos or in the conference rooms of international think tanks, the world's strongest supporters of the pre-Trump, pre-Brexit status quo gather to assess the damage to their power and credibility, and ponder whether what they see as an international wave of populist revolt could wash up on the shores of whatever country their own passport has been issued. Like the characters in Sinclair Lewis' 1935 novel about a populist revolution in the U.S. that leads to fascism, Japanese establishment figures rush to assure international bankers, mainstream business journalists, ambitious academic courtiers and titans of global industry that it can't happen here.

Steve Hilton: Don't believe the pundits - Bernie Sanders is not a populist like Trump

Steve Hilton discusses the contrasts between Bernie Sanders and President Trump's policy differences. Well, it was a blowout for Bernie Sanders in the Nevada caucuses, and he is now the Democrats' clear front-runner. So it's time for a closer look at Bernie and in particular, the superficial cliche trotted out by nearly every pundit that Bernie is a populist, the Democrats version of Donald Trump. And I'm going to show you why. BERNIE SANDERS DEFENDS FIDEL CASTRO'S SOCIALIST CUBA: 'UNFAIR TO SIMPLY SAY EVERYTHING IS BAD' But first, I want to say this about Bernie: I do admire the way he has pushed himself to the position he is in today, through sheer force of character and ideas. 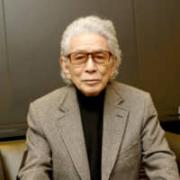 Climate change is not much of a social issue in Japan. Even in the wake of three recent weather-related disasters, there has been little discussion across the political spectrum that climate change contributed to them. In Europe and the United States, left-leaning groups demand action to mitigate the effects of climate change, which they say is the result of human activity, while right-leaning groups tend to dismiss human impact and even question whether climate change is real. In a discussion that appeared on the Aera Dot website on Oct. 23, associate professor Kohei Saito of Osaka City University said that one of the reasons Japan has not addressed climate change is that the average person has yet to be affected by it, even though weather-related disasters have increased in frequency and intensity. In developed nations, climate change exacerbates economic differences: The top layers of society spend money to shield themselves from its effects while the bottom layers are defenseless.