Toyota is building a 'smart' city to test AI, robots and self-driving cars

Carmaker Toyota has unveiled plans for a 2,000-person "city of the future," where it will test autonomous vehicles, smart technology and robot-assisted living. The ambitious project, dubbed Woven City, is set to break ground next year in the foothills of Japan's Mount Fuji, about 60 miles from Tokyo. Announcing the project at the Consumer Electronics Show (CES) in Las Vegas, Toyota's CEO Akio Toyoda described the new city as a "living laboratory" that will allow researchers, scientists and engineers to test emerging technology in a "real-life environment." A digital mock-up shows small autonomous vehicles operating alongside pedestrians. "With people buildings and vehicles all connected and communicating with each other through data and sensors, we will be able to test AI technology, in both the virtual and the physical world, maximizing its potential," he said on stage during Tuesday's unveiling.

A FUTURISTIC city designed by Danish architecture practice Bjarke Ingels Group (BIG) and featuring autonomous cars, smart homes, artificial intelligence and other technologies is set to be constructed at the base of Japan's Mount Fuji. Above: The city will have substantial public spaces (image courtesy of Toyota). The so-called "City of the Future" prototype will be constructed on a 175-acre site by Toyota. Toyota will use its technologies to create a fully connected ecosystem powered by hydrogen fuel cells. The city will house over 2,000 full-time residents and researchers.

Toyota will build a 175-acre hydrogen-powered test city beginning next year at the base of Japan's Mount Fuji to study the interactions of a number of cutting-edge technologies, including autonomous transportation, robotics and artificial intelligence. The huge project, called Woven City, is being personally championed by Toyota Motor Corp. CEO Akio Toyoda, who appeared Monday at CES here to discuss the plan. Woven City -- which will be roughly the size of Apple's circular campus in Cupertino, Calif., -- is being designed by renowned Danish architect Bjarke Ingels, CEO of Bjarke Ingels Group and designer of Google's new headquarters, 2 World Trade Center in New York City and a number of other high-profile projects globally. The cost of the project was not revealed, but it is expected to be in the billions of dollars. Toyota says an estimated 2,000 people -- employees and their families, retired couples, retailers, visiting scientists and industry partners -- are expected to inhabit Woven City initially when completed. 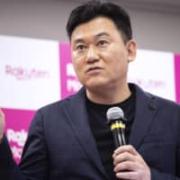 LAS VEGAS – Toyota Motor Corp. said Monday it plans to build a prototype "city of the future" at the base of Mount Fuji, powered by hydrogen fuel cells and functioning as a laboratory for autonomous cars, smart homes, artificial intelligence and other technologies. Toyota unveiled the plan at CES, the big technology industry show. The development, to be built at the site of a factory that is planned to be closed in Shizuoka Prefecture, will be called "Woven City" -- a reference to Toyota's start as a loom manufacturing company -- and will serve as a home to full-time residents and researchers. Toyota did not disclose costs for the project. Executives at many major automakers have talked about how cities of the future could be designed to cut climate-changing emissions from vehicles and buildings, reduce congestion and apply internet technology to everyday life.

Toyota is building an actual city

Car manufacturers are always building new prototype, y'know, cars, but this is the first time we've heard of one building its own prototype city. Toyota (obviously) is planning to build a 175-acre city at the base of Japan's Mount Fuji. Construction of'Woven City', which is being designed by the same company behind 2 World Trade Center in New York, Lego House in Denmark, and Google's Mountain View and London headquarters among others, will begin in 2021. But what exactly, we hear you cry, is the point? Toyota says Woven City will be a "living laboratory" populated by more than 2,000 people, many of whom will be scientists, engineers and researchers who will use it to "test and develop technologies such as autonomy, robotics, personal mobility, smart homes and artificial intelligence in a real-world environment".