Artificial intelligence could help warn us of another Dallas 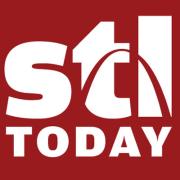 The Web app, which is powered partly by artificial intelligence, analyzes posts on social media as well as police radio chatter and feeds of the local airspace in virtually any region. The software, which is linked to IBM's Watson artificial intelligence, combs through tweets and images, specific hashtags and phrases, or posts from or about a particular geographic area and then uses computer algorithms to gauge the mood of that swirling digital conversation. The AI aspects of the iAWACS app only monitor the social media posts -- they don't analyze the audio from police scanners nor from the airspace maps. The result, which the Jester said was still a work in progress, was built from the ground up for law enforcement and intelligence officials with real-time information needs.

Everything Google announced at its 2017 I/O conference

During a non-stop, two-hour keynote address at its annual I/O developers conference, Google unveiled a barrage of new products and updates. Here's a rundown of the most important things discussed: Google CEO Sundar Pichai kicked off the keynote by unveiling a new computer-vision system coming soon to Google Assistant. Apparently, as Pichai explained, you'll be able to point your phone's camera at something, and the phone will understand what it's seeing. Pichai gave examples of the system recognizing a flower, a series of restaurants on a street in New York (and automatically pulling in their ratings and information from Google), and the network name and password for a wifi router from the back of the router itself--the phone then automatically connecting to the network. Theoretically, in the future, you'll be searching the world not through text or your voice, but by pointing your camera at things.

IoT fire is catching up in every industry. It is changing the businesses drastically than we imagined. This blog covers some of the aspects that will fuel the realization of IoT and brings businesses into a new territory. Thing – refers to devices, sensor, software and everything else. Billions of Things are already connected to the Internet.

Engineers at the University of California, Riverside (UCR) have developed a new online energy management system (EMS) that they say can improve PHEV fuel efficiency by more than 30%. In "Development and Evaluation of an Evolutionary Algorithm-Based Online Energy Management System for Plug-In Hybrid Electric Vehicles," published in IEEE Transactions on Intelligent Transportation Systems, Xuewei Qi and colleagues explain that improving the efficiency of current PHEVs is limited by shortfalls in their energy management systems (EMS), which control the power split between engine and battery. In general, existing EMS for PHEVs are either rule-based systems, which use a set of predefined rules, or optimization-based, which can adapt according to driving conditions and driver behavior. However, notes the UCR team, most systems have only limited adaptability to real-time information. "In reality, drivers may switch routes, traffic can be unpredictable, and road conditions may change, meaning that the EMS must source that information in real-time," Qi said. 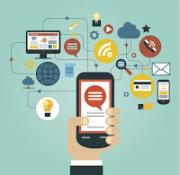 No company is silly enough to claim them. I am a mobility and digital transformation analyst, consultant and writer. I work with and have worked with many of the companies mentioned in my articles.