9 Tools and Resources to Help You Build Cognitive Apps 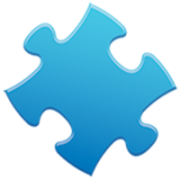 Using deep learning to harness and explore large datasets has become increasingly important for businesses in every industry. There are many companies and services trying to make this a tenable problem, and yet, more people are still required to munge together home-grown solutions to meet their specific needs. Fortunately, there are many tools and resources in the market today that make building cognitive apps more doable. Here are nine interesting tools and resources I've seen and/or worked with recently to build cognitive apps: 1. Deeplearning.net: Deep Learning is a new area of Machine Learning research, which has been introduced with the objective of moving Machine Learning closer to one of its original goals: Artificial Intelligence. 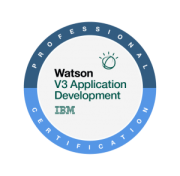 In 2014, IBM launched the Watson Developer Cloud, making the power of cognitive computing available to developers across the world through a set of APIs on IBM's BlueMix platform. We've seen volumes of applications built by companies covering everything from personal health and fitness to travel and entertainment to financial services. It was amazing to see these early adopters jump onboard and showcase the power of cognitive computing. We want to make it even easier for developers to learn how to build and deploy cognitive applications – and even more importantly, to distinguish themselves for having developed these critical skills. That's why today, IBM is announcing a new program -- the IBM Watson Application Developer Certification -- designed to help developers all across the world build and validate their skills as well as connect with companies looking to leverage their unique talents.

IBM, Microsoft Vie for Lead in New-Age Advanced Computing By David Ramel 10/26/2016 Whether it's machine learning, artificial intelligence, cognitive computing or whatever, new-age software development is opening up huge new opportunities, with IBM and Microsoft vying for the lead in this new technological space. During this week's World of Watson conference, IBM unveiled a new Watson Data Platform and made available the Watson Machine Learning Service, among a host of other announcements. Microsoft, meanwhile, stole some of Big Blue's thunder by releasing an updated Microsoft Cognitive Toolkit for "deep learning," yet another moniker in the new movement. Coincidentally, these announcements were made just one day before a news release was issued by research firm IDC to tell the world that "Worldwide Cognitive Systems and Artificial Intelligence Revenues Forecast to Surge Past $47 Billion in 2020." That gives an indication of the kind of stakes that IBM, Microsoft and other leaders are competing for.

Whether your organization calls you a data scientist, a predictive modeler, a cognitive application developer, or some other title, they rely on you for one and the same thing. Your job is to use your expert skills, sophisticated tools and professional discipline to extract useful insights from never-ending streams and ever-growing pools of data. As a working data scientist, you must deliver on your projects while at the same time staying up to speed on changes in your chosen field. That's a tough balance, considering how stretched you already on the job and how quickly the world of data science is evolving. That's where IBM World of Watson enters the picture.

The field of cognitive computing continues to grow by leaps and bounds. Whether it's IBM Watson teaming up with Sesame Workshop to develop a new suite of preschool products or Watson as a game changer in healthcare, cognitive computing technology is exploding. With all the information out there, it's easy to get overwhelmed by it all. So, I've highlighted three of the latest and greatest tutorials from our ever-growing library of content on the IBM developerWorks Cognitive computing hub. I hope these tutorials spark an idea that leads you to create your own next great app.