Fox News Flash top entertainment and celebrity headlines for Oct. 23 are here. Check out what's clicking today in entertainment. The two New York natives once attended school together at the all-girls private Spence School in Manhattan. They recently came together on Paltrow's "Goop" podcast to reminisce about their high school days. "This is so surreal," Paltrow said.

Turner and Warner Bros. have announced that they will be launching a streaming service in the U.S. that will feature all of the studios' classic animated shows. Called Boomerang, the service will launch this spring and will cost $4.99 a month. Boomerang will offer over 5,000 animated titles from the library of Hanna-Barbera, Looney Tunes and MGM. This includes beloved cartoons such as "Scooby-Doo," "Tom & Jerry," "The Jetsons," "The Flinstones" and "Bugs Bunny." Boomerang streaming service will be available on the web and iOS/Android devices.

Did You Hear ... ? 'Wonder Woman' saves the day, Kathy Griffin goes 'too far,' and more from this week in entertainment 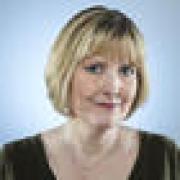 A superhero got a heroine's welcome, a comic crossed a line, a pop star stepped up to help and a high-profile journalist landed a key interview. Turns out the right man for the job this summer is a woman: "Wonder Woman" arrived this week to rescue the DC Comics universe, not to mention movie audiences worldwide -- well, worldwide except for Lebanon. Director Patty Jenkins said she let Wonder Woman "be every glorious thing that she is. Consider the film's early numbers (it's predicted to hit $100 million this weekend, the biggest opening ever for a female director) a sign of grace under pressure? It's amazing what Gal Gadot, a few more Amazons and 75 years of experience can do for a superhero.

Fox News Flash top headlines for June 19 are here. Check out what's clicking on Foxnews.com Researchers on Cape Cod are seeking to keep beachgoers safe this summer with a study on sharks' hunting and feeding habits following two attacks involving great whites in the area last year – one of which was fatal. The study, run by the Massachusetts Division of Marine Fisheries and the nonprofit Atlantic White Shark Conservancy, will build on a previous five-year study that focused on how the region's sharks migrate and where they spend time along the Cape each summer. It will place specialized tags on sharks' dorsal fins to precisely track their whereabouts – and some of the tags will even be outfitted with video cameras.

Said Strang: "Prince recorded his most influential and popular music during his time with Warner Bros. and we are deeply aware of our responsibility to safeguard and nurture his incredible legacy. Warner Bros. is thrilled to be able to bring Prince's music to his millions of fans around the world via streaming services, fittingly on music's biggest night."