Scientists may have made a major leap forward on the path to growing a fully-formed human brain in the lab. According to a new study, researchers at Tufts University have now grown a 3D tissue model of the brain using human neurons, providing them with a better opportunity to study abnormal brain cells. Though brain tissue cells have been cultured for years under laboratory conditions, this technique employs a three-dimensional scaffold of functional neural tissue. The researchers used human induced pluripotent stem cells or iPSCs taken from a variety of sources to create "brain-like organoids." "We found the right conditions to get the iPSCs to differentiate into a number of different neural subtypes, as well as astrocytes that support the growing neural networks," said David Kaplan from Tufts.

Ethics debate as pig brains kept alive without a body

Researchers at Yale University have restored circulation to the brains of decapitated pigs, and kept the organs alive for several hours. Their aim is to develop a way of studying intact human brains in the lab for medical research. Although there is no evidence that the animals were aware, there is concern that some degree of consciousness might have remained. Details of the study were presented at a brain science ethics meeting held at the National Institutes of Health (NIH) in Bethesda in Maryland on 28 March. The research has also been reported on this week in the MIT Technology Review.

Brains are being grown OUTSIDE the human body: Recipe for creating miniature 'organs in a jar' is revealed 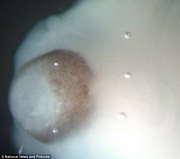 Scientists in the US have grown the first functioning mini human heart models to help identify cardiac disorders in the lab. The human heart organoids (hHOs), which have functioning chambers and vascular tissue, were created with stem cells to mimic the'nuts and bolts' of how a fetal heart develops in the womb. The tiny hHOs, which grew up to around 0.04 inches (1mm) in diameter after just 15 days, started beating at only around six days old. Researchers say their little spherical hearts are the'most faithful human cardiovascular organoid model' grown in vitro to date. Lab-made miniature human heart models will help scientists better understand how defects like congenital heart disease develop, which affect 1 per cent of all live births.

Salivary glands and other organs grown in laboratory 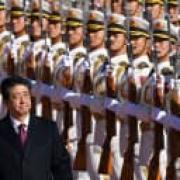 When, in the 20th century, cell biologists learned to grow tissue samples in the laboratory, it transformed our understanding of how cells grow and how they react to disease. Crucially, it allowed us to test drug treatments on living cells before risking them in a person. But tissue samples growing in petri dishes are two dimensional; they are poor substitutes for the solid organs in our bodies. So scientists have recently started coaxing cells to grow in three dimensions. The blobs of tissue they create are called organoids; they are not fully-functioning organs, but nor are they mere sheets of cells.