Google DeepMind and healthcare in an age of algorithms 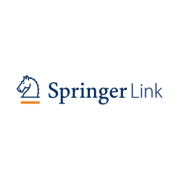 A key trend in contemporary healthcare is the emergence of an ambitious new cadre of corporate entrants: digital technology companies. Google, Microsoft, IBM, Apple and others are all preparing, in their own ways, bids on the future of health and on various aspects of the global healthcare industry. This article focuses on the Google conglomerate, Alphabet Inc. (referred to as Google for convenience). We examine the first healthcare deals of its British-based artificial intelligence subsidiary, DeepMind Technologies Limited,1 in the period between July 2015 and October 2016.2 In particular, the article assesses the first year of a deal between Google DeepMind and the Royal Free London NHS Foundation Trust, which involved the transfer of identifiable patient records across the entire Trust, without explicit consent, for the purpose of developing a clinical alert app for kidney injury.

Artificial intelligence will affect everything and everybody in the workforce, says academic

Bringing together academics and industry experts, a new review into AI has found that it has the potential to bring major social and economic benefits to the UK.

Use of Google's DeepMind questioned for U.K. healthcare

The deal between Google and the U.K. National Health Service was profiled by Digital Journal last November. The agreement centered on plans to develop a platform capable of sharing patient data with the aim of improving patient outcomes. This was by providing information about medical conditions with the aid of artificial intelligence. A secondary aim was to reduce the amount of paperwork by digitizing patient records. One aspect of the project involve sharing some million patient records, provided by London's Royal Free Hospital, with DeepMind.

Google DeepMind has doubled the size of its healthcare team

DeepMind, an AI research lab acquired by Google for 400 million in 2014, has provided an update on how its DeepMind Health unit is doing. The London-based company told Business Insider on Tuesday that it has doubled the size of its team from 20 to 40 since launching in February this year, hiring several big names in the AI world along the way. New hires include security and privacy expert Ben Laurie, who is the founding director of the Apache Software Foundation, a director at the Open Rights Group, and a veteran Google software engineer, and former CIO Tony Corkett, who helped the NHS to digitise X-rays. Former Google Maps team leader Andrew Eland has been brought in to head up DeepMind Health's engineering efforts, while Will Cavendish, a former civil servant that worked on NHS online booking and prescription services, has joined as strategy lead. Elsewhere, ex-GE Healthcare executive Cathy Harris has been appointed as DeepMind Health's product lead.

Google AI Technology DeepMind Plays Soccer With An Ant: Sounds Dumb, But Here's Why It Is Not

Google DeepMind artificial intelligence (AI) technology can play soccer with an ant. The AI technology may be implemented to real products. The DeepMind AI technology is very smart, and earlier this year, DeepMind's AlphaGo system was applauded worldwide for defeating Lee Sedol, who is the strongest human Go player. Lee Sedol has won 18 world titles, but the Go player lost 4 to 1 against the Google AI. The company says the game was watched by about 200 million people.