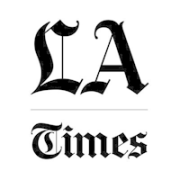 A 27-year-old construction worker died Friday after falling into a well, according to the Los Angeles Fire Department. The man was being lowered into the 50-foot-deep well by a rope or cable when he became untethered and fell, landing face-down in water and debris, said Brian Humphrey, a fire department spokesman. His co-workers immediately called 911 and members of the department's urban search-and-rescue team were dispatched to the site in the 900 block of North Bel Air Road, where a large home is under construction. A rescuer lowered into the well found the man "beyond medical help," and he was declared dead at the scene, Humphrey said. The worker's identity was not released, pending positive identification by the Los Angeles County coroner's office, which also will determine the cause of death.

A 2-year-old girl died in North Hollywood on Friday afternoon after a man hurled her out of an apartment window. The man, whose identity was not immediately released, threw the girl from an apartment window in the 13200 block of Vanowen Street around 2 p.m., then set a small fire inside the apartment before stabbing himself several times, said Officer Drake Madison, a spokesman for the Los Angeles Police Department. The girl's mother took her to a hospital, where she died a short time later. Madison did not know if the man was related to the victim, or if either person resided at the apartment where the incident occurred. The man was arrested at the scene and remains in critical condition, Madison said.

Fashion designer Richard Nicoll has died of a suspected heart attack, his family said. The family said the London-born designer died early Friday in Australia, where he lived. New South Wales police confirmed that officers were preparing a report for the coroner "after a man was found deceased in a unit in Darlinghurst, Sydney" on Friday morning. Nicoll was raised in Perth, Australia, and studied at London's Central Saint Martins' College. He later worked as creative director of Parisian label Cerutti, designed under his own name and for Marc Jacobs at Louis Vuitton and produced collections for Topshop and Fred Perry.

A massive fire at an Ontario recycling center late Friday afternoon sent a huge plume of dark smoke into the sky that could be seen throughout the Southland. The fire was threatening nearby homes, prompting firefighters to begin structure protection. At least one resident could be seen on television news coverage using a garden hose to try to keep the flames out of a backyard. The fire was burning through cardboard, hay and wooden pallets. The recycling plant is on State Street, about a mile from Ontario International Airport.

California's unrelenting economy refused to slow in September, amassing another 30,000 new jobs even as more people seeking work opted into the labor market, according to state data released Friday. The gain did not affect the unemployment rate, which held at 5.5%. September marked the eighth consecutive month that California employers hired more people than they fired. The country added 156,000 new jobs last month, meaning California generated about 19% of all employment growth nationwide. In the last 12 months, the state's payrolls grew by 2.3%, compared to 1.7% for the nation as a whole.