Dolphins have'long-lasting friendships' and form cliques while shunning other groups, researchers have observed. An international team led by the University of St Andrews looked at the behaviour of bottlenose dolphins in the Gulf of Trieste in the northern Adriatic sea for more than 16 years. The dolphin'social network' was split into mixed-sex clusters, including two main groups that enjoyed'stable membership and long-lasting friendships', they found. Both groups contained'core membership' with extra tiers, while dolphins in one of the groups sometimes formed smaller factions within themselves. They were connected by several dolphins which acted as'social brokers', preventing'complete cluster isolation', the researchers said.

Early life stress increases risk for depression. Here we establish a "two-hit" stress model in mice wherein stress at a specific postnatal period increases susceptibility to adult social defeat stress and causes long-lasting transcriptional alterations that prime the ventral tegmental area (VTA)--a brain reward region--to be in a depression-like state. We identify a role for the developmental transcription factor orthodenticle homeobox 2 (Otx2) as an upstream mediator of these enduring effects. Transient juvenile--but not adult--knockdown of Otx2 in VTA mimics early life stress by increasing stress susceptibility, whereas its overexpression reverses the effects of early life stress. This work establishes a mechanism by which early life stress encodes lifelong susceptibility to stress via long-lasting transcriptional programming in VTA mediated by Otx2.

David Beckham reveals the secret to his long-lasting marriage 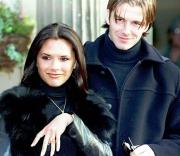 There are many, many famous celebrity couples out there, but you could probably count the ones that have been together for almost 20 years on the fingers of one hand. On Sunday, David Beckham appeared on an hour-long special of BBC Radio 4's Desert Island Discs show. Along with stories about his childhood and his football career, Beckham spoke about his marriage to Victoria Beckham -- and the reason they've been together for as long as they have. After talking about the early, secretive days of their relationship -- "we used to sit in a Harvester carpark and we used to just kind of, you know, kiss, of course, and spend time together" -- Beckham was asked why his marriage has been so successful. "I think because we're a strong family unit," he replied.

LONDON (Reuters) - Businesses in Europe underestimate the "slow-burn" effects of cyber attacks and need to prepare more fully for a loss of customers, a fall in share price and other potential consequences, Lloyd's of London said in a report on Wednesday.

There Can Be No Denying It: Bots Are Now Marketers

With the rise of conversational experiences, just about every business function--from marketing to commerce to support--must be redesigned to be conversational.