The deployment of a new, expandable "room" on the International Space Station was suspended on Thursday when it failed to open up as expected. Astronaut Jeff Williams began inflating the module, but controllers eventually told him to stand down after 3.5 hours of extremely slow progress. Installed in a compact form, the vessel is supposed to stretch to 4m in length with a volume of 16 cu m. But as Williams squirted air into the module, it stretched only a few cm. Engineers on the ground will now review the data with a view to resuming the expansion on Friday.

Subcontracted jobs have grown at three times the rate of all private sector jobs in Silicon Valley over the past 24 years, exacerbating the region's gaping income inequality, according to a new report from the University of California, Santa Cruz. The tech firms whose campuses dominate Silicon Valley are known to employ armies of subcontracted employees as janitors, cafeteria workers, gardeners, security guards and shuttle drivers. Researchers found that growth in subcontracted industries has outpaced overall job growth since 1990 – 54% compared with 18%. That rise is "contributing" to income inequality, the report says, because subcontractors earn less money, have less access to healthcare, and are more likely to be black or Latino than their directly employed counterparts. "This report shows that the rise in subcontracting has made the hi-tech sector a weak engine for middle-class job creation," said Ben Field of the South Bay Labor Council, a coalition of unions.

While hearing health issues have historically been under-emphasized, it's estimated that 360 million people suffer from some form of hearing loss (over 5% of the global population) worldwide. In fact, it is ranked as the third largest health issue after heart disease and arthritis. Many people will suffer some degree of hearing loss over the course of their lives, though it often goes undetected until a person gets older. Hearing loss has been associated with a number of issues, such as chronic depression. It's even been shown to correlate with lower earning potential.

People go to extreme lengths to stay cool in the summer. They go to the movies just for the air conditioning. There are also many people, I recently learned, who utilize a wearable cooling contraption called a Flexi-Freeze vest. The Flexi-Freeze vest contains ice cubes that, in theory, cool down one's body temperature. The Flexi-Freeze is a vest made of wetsuit material that aims to cool the wearer down via "cooling inserts" (not unlike those freezer packs your mom put in your school lunches, only bigger and with velcro strips attached) that are affixed inside the vest--all for $99.99.

The Future of Accounting Automation in the Insurance Industry - Flexi 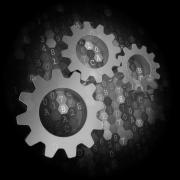 Just because you have an affinity towards numbers, you breezed through all your accounting classes and your books are always perfectly balanced, does not mean that your days of learning and adapting are over. In fact, for accountants to succeed currently, they are going to need to bring a bit more to the table than just an appetite. In a recent eBook by Flexi Software on accounting automation in the insurance industry, the desire to hire more well-rounded and future-ready accountants appears to be on everyone's radar to a certain extent. This does not necessarily mean automating everything and doing away with accountants or hiring fewer accountants. What it does mean is hiring accountants who are armed with more than just an ability to maintain the books.