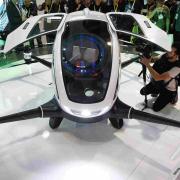 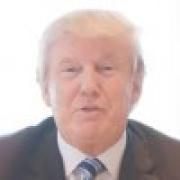 It's not exactly autonomous, but it works. Nissan believes the fastest way to get driverless cars on the road is to give them remote human support – and it's using NASA technology to do it. Nissan demonstrated its Seamless Autonomous Mobility (SAM) platform at the Consumer Electronics Show in Las Vegas last week, which incorporates a degree of teleoperation into the autonomous car system. Although vehicles will be able to drive themselves most of the time, human "mobility managers" can remotely take control in unexpected situations. "Autonomy systems are not simple, it is a very hard problem," says Maarten Sierhuis, director of Nissan's Research Center in Sunnyvale, California.

The Federal Aviation Administration (FAA) is moving forward with its plans to accelerate drone testing in the US -- with help from technology companies including Alphabet, FedEx and Intel. The agency announced 10 states that will participate in the the Unmanned Aircraft Systems (UAS) Integration Pilot Program, an effort that aims to study the potential uses of drones in agriculture, commerce, emergency management, and human transportation. The 10 pilot winners include the Choctaw Nation of Oklahoma, in Durant, Oklahoma; the City of San Diego, California; the Innovation and Entrepreneurship Investment Authority, in Herndon, Virginia; the Kansas Department of Transportation; the Lee County Mosquito Control District in Fort Meyers, Florida; the Memphis-Shelby County Airport Authority; the North Carolina Department of Transportation; the North Dakota Department of Transportation; the City of Reno, Nevada; and the University of Alaska-Fairbanks. First announced last October, the UAS program aims to partner the FAA with local, state and tribal governments, along with private sector technology companies, to explore the integration of drone operations across industries. The program will also address public safety and security risks that go along with bringing drones into the national airspace.

The whole "fear of SkyNet" trope is a bit moot at this point, seeing as how robots have already infiltrated our roads, skies and cafeteria-style eateries. You can already see it happening with Lyft adding 30 self-driving vehicles to its Las Vegas fleet, Sphero debuting yet another domestic robopanion, and gangs leveraging drone swarms to blindside the FBI. Numbers, because how else are we going to learn to speak the binary language of our future overlords? Turns out, they worked so well that the company is expanding the pilot program to more than two dozen autonomous vehicles. The opt-in program still only delivers passengers between high-demand locations but at least you won't have to worry about making small talk with the driver.