The Chinese Mobility-As-A-Service Opportunity Is Booming

According to ARK's research models, China will become one of the largest markets for autonomous mobility-as-a-service, reaching $2.5 trillion by 2030. At the same time, automobile sales in China could fall below expectations as a result of autonomous taxi services. Automakers with large exposure to China should launch autonomous cars in partnerships with local players as soon as possible to capitalize on this rapidly emerging trend, especially as the Chinese government is likely to favor local players, granting them natural geographic monopolies. Mobile app-based ridesharing services have flourished in China relative to those in most countries. India is not far behind, as shown below.1

Useless robot waiters are being blamed for the closure of several restaurants in China, after an investment by the owners in automated serving staff turned out to be a financial disaster. According to a translated report in the Worker's Daily -- which might have good reason to undermine robot labour, so perhaps be a bit cynical about it -- a restaurant chain has closed two branches staffed in part by 7,000 ( 4,900) robot servants, with a third surviving the cut; but replacing the underperforming automatons with rubbish old last-generation human service staff. Despite what we may have been told by the pro-robot agenda being pushed by the media, staff weren't impressed, telling the paper: "The robots weren't able to carry soup or other food steady and they would frequently break down. The boss has decided never to use them again." Which is odd, as they seem to be able to weld cars together and put windscreens into them by themselves, surely harder tasks than giving a man a cup of tea?

At a large wine chateau in the region of Bordeaux, France, busy robots use artificial intelligence and other technologies to pick and screen grapes as well as make wine. The chateau might be the world's first such facility to use AI to improve and optimize grape planting and wine brewing, said Zhou Jinting, chairman of Shanghai Hefu Holding (Group) Co Ltd, at the World Robot Conference in Beijing last month. Hefu bought the chateau last year. Zhou said he believes the rapid development of AI, robotics, intelligent machines, big data and cloud computing will bring revolutionary changes to the wine industry as well as a wide range of traditional industries. The chateau is a pilot project of Hefu's AI and robotic technologies that are applied in changing traditional production methods. 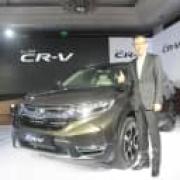 The dollar was marginally higher above ¥112.30 At 5 p.m., the dollar stood at ¥112.32, up from ¥112.22 at the same time on Thursday. The euro was at $1.1594, up from $1.1540, and at ¥130.23, up from ¥129.51. The greenback rose to around ¥112.50 briefly on purchases from Japanese importers as well as those supported by rebounds in Japanese and Chinese stocks from Thursday's sell-off. The dollar attracted buybacks versus the yen as "excessive risk aversion receded" thanks to higher stock prices, an official at a foreign exchange margin trading service firm said.