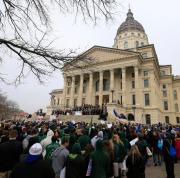 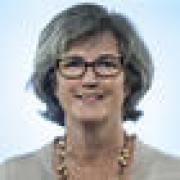 Antiabortion activists meet Friday for their 44th annual march in Washington with reason for optimism: Republican control of Capitol Hill and a newly inaugurated president who appears intent on proving his later-in-life embrace of their cause. In his first week, President Trump has moved already to limit abortion. On Monday, he reinstated a ban on funding of international organizations that provide abortion services or related counseling, reversing President Obama's action eight years earlier. Next Thursday, he is due to announce his replacement for Supreme Court Justice Antonin Scalia; he has said he will pick only a candidate opposed to abortion. Vice President Mike Pence entertained march organizers Thursday night in his ceremonial office adjacent to the White House.

Anti-abortion activists emboldened by the new administration of President Trump staged rallies around the country Saturday calling for the federal government to cut off payments to Planned Parenthood, but in some cities, counter-protests dwarfed the demonstrations. Thousands of Planned Parenthood supporters, many wearing the pointy-eared pink hats popularized by last month's women's marches, turned out for a rally in St. Paul, Minn., separated by barricades from an anti-abortion crowd of a couple hundred people. In Detroit, about 300 people turned up outside a Planned Parenthood office, most of them supporting the organization. In St. Louis, about 150 abortion opponents slightly outnumbered a group carrying pink signs that read, "I stand with Planned Parenthood." "They do a lot of work to help women with reproductive health -- not just abortions, obviously -- but they help with birth control and cancer screenings and counseling and a whole variety of services, and it seems they're under attack right now, and that concerns me greatly," said Kathy Brown, 58, a supporter of the organization who attended the St. Paul rally. Andy LaBine, 44, of Ramsey, Minn., rallied with abortion opponents in St. Paul.

No Rehearing for Louisiana Abortion Law

Writing for the two-judge majority in September, Judge Jerry E. Smith had rejected arguments by opponents of the law that it would likely lead to the closure of one or more of the three clinics now providing abortions in Louisiana and lead to a loss of access to safe and legal abortion by 70 percent of the women seeking the procedure in Louisiana. The majority opinion then held that the law's opponents overstated the difficulty abortion doctors would have in obtaining admitting privileges at nearby hospitals, and the burden the law would put on women seeking abortions.

South Carolina has become the latest state to restrict women's access to abortion, with legislators passing a bill that bans women from obtaining an abortion at 20 weeks or later, even if she has been raped or is a victim of incest. The South Carolina Pain-Capable Unborn Child Protection Act was approved by House lawmakers late Tuesday in a 79-29 vote. The only exceptions to the 20-week ban are if a doctor determines the mother's life is at risk or the fetus cannot sustain life outside the womb. Doctors who violate the law could face up to 10,000 in fines and three years in jail. The bill, which Republican Gov. Nicki Haley is expected to sign into law, represents yet another state-level win for abortion opponents.