McKinsey's latest AI research predicts it could create trillions worth of value ... someday

McKinsey Global Institute's latest research on artificial intelligence focuses on how AI will affect business, analyzing 400 use cases -- from airlines avoiding flight cancellations to online retailers recommending items -- across 19 industries. In aggregate, McKinsey projects that AI could eventually drive between $3.5 trillion and $5.8 trillion of annual economic value in those industries -- a wide range, and with no timeline on that forecast. In general, AI -- once it is further integrated into business -- has the potential to drive growth. In 69 percent of the use cases McKinsey studied, "deep neural networks can be used to improve performance beyond that provided by other analytic techniques," according to the report. In the 19 industries McKinsey focused on for the report, it estimated the impact of AI somewhere between 1 percent and 12 percent of annual revenue. 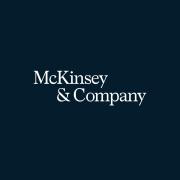 McKinsey conducted a global survey of more than 2,000 executives to understand the current state of AI in business and highlight what the top performing companies are doing. These results support my contention that this is one of the most important things a company can focus on.

The ethics of artificial intelligence 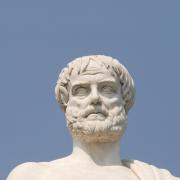 The greater adoption of artificial intelligence and automation will undoubtedly reshape the workforce and the skills people need to stay employed. And according to a report released by McKinsey Global Institute during the VivaTech conference in Paris today (May 24), there are three core skill groups workers need to hone as industries evolve. McKinsey, combining data generated by its own modeling techniques, surveys of corporate executives and interviews with human resources officers, then projected how many hours would be worked on average annually, by skill, for the economy of the future. McKinsey forecasts that AI and automation will kill physical-labor jobs and low-skilled roles such as assembly line workers as well as those in basic cognitive skills positions, such as cashiers and data-entry clerks. But while some jobs may be lost, new ones will be created and they're across three other skill set groups: