It's been almost six months since Amazon purchased self-driving startup Zoox, and today the company pulled the wraps off its first autonomous vehicle. Rather than automating a standard car built with a human driver in mind, the Zoox robotaxi is built specifically for autonomous driving in in dense urban environments. For example, its only 3.63 meters long, which gives the robotaxi one of the smallest footprints in the auto industry. It is also built with four-wheel steerings and bi-directional driving -- there's no "front" to speak of. There's also no steering wheel or the standard bench seating; instead, four passengers face each other inside the compact vehicle, which looks more like a single carriage on a tram rather than a car in the conventional sense.

Chinese ride-hailing giant Didi Chuxing, backed by SoftBank Group, launched a test robotaxi service in a Shanghai suburb on Saturday after installing V2X (Vehicle to Everything) hardware throughout the area. Under the test, customers within a designated area will be able to hire free on-demand rides using Didi's autonomous vehicles, which currently also have safety drivers, the company said. V2X enables autonomous vehicles (AVs) to communicate with their surroundings and Didi has installed equipment at major junctions within the test area to minimize safety blind spots and coordinate communication among its fleet, it said. The equipment will mainly be used by Didi's own cars, although cars operated by other autonomous driving companies could also link up to the system, said Meng Xing, the chief operating officer of Didi's autonomous driving unit.

Waymo and Cruise can now charge for robotaxi rides in California

The California Public Utilities Commission (CPUC) has granted Waymo and Cruise permission to start operating commercial robotaxi services as long as there's a safety driver in the car. The companies can now pick up passengers and charge for rides. They can also offer shared rides. Under the Drivered Deployment permits, GM-owned Cruise can operate robotaxi services on certain roads in San Francisco between 10PM and 6AM with a speed limit of 30 miles per hour. Alphabet's Waymo, on the other hand, can run a robotaxi service around the clock in certain areas of San Francisco and San Mateo counties. 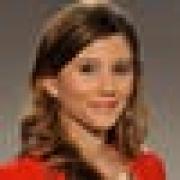 Tesla CEO Elon Musk is once again talking up the anticipated benefits of the company's long-awaited robotaxi. After once promising to have them on the road by 2020, Musk on Wednesday said "we aspire to reach volume production of [the robotaxi] in 2024." "That really will be a massive driver of Tesla's growth," the CEO said. Beyond that, he touted the impact the vehicle could have on transportation affordability. "Especially with the robotaxi and autonomy, I think we'll end up providing consumers with by far the lowest cost per mile transport that they've ever experienced," he said on Wednesday's Q1 earnings conference call.

General Motors and Lyft will test a self-driving taxi service in an undisclosed city within a year, according to a report in the Wall Street Journal yesterday. It's not clear what steps the mystery city will take to align its rules of the road with the robotaxi service. Customers who get cold feet at the sight of an empty space where the driver normally sits will be able to opt out of the robotaxi service and get a human-driven Lyft car instead. GM recently poured US 500 million into Lyft, a ride-hailing app that's like Uber but smaller; GM is also plunking down 1 billion to acquire Cruise Automation, whose technology it plans to use in the robotaxis. And, to complete the high-tech showcase, the company also plans to provide Lyft with its new all-electric Chevy Bolt, which has more battery power and thus more battery range than its existing offering, the Chevy Volt.