SEOUL – Two earthquakes that jolted South Korea on Monday night, including the largest ever recorded in the country, prompted concerns about the safety of nuclear plants clustered in the quake-prone southeast. Korea's Meteorological Agency said the two earthquakes, of magnitude of 5.1 and 5.8, occurred near the city of Gyeongju. They could be felt in the capital Seoul, over 300 km (185 miles) to the northwest. Fourteen people were injured but there were no reports of serious damage, a Ministry of Public Safety and Security official said. Nonetheless, Korea Hydro & Nuclear Power Co. shut down four nuclear reactors at the Wolsong complex in Gyeongju as a precaution.

ABU DHABI, United Arab Emirates – South Korean President Moon Jae-in has visited a nuclear power plant his country is building in the United Arab Emirates. The state-run WAM news agency reported Monday that Abu Dhabi's powerful Crown Prince Mohammed bin Zayed Al Nahyan traveled with Moon to the Barakah nuclear power plant. On the trip, closed to other media, the two leaders declared work on the first reactor at Barakah complete. The $20 billion nuclear plant is Seoul's first attempt to build an atomic reactor abroad. The first of its four reactors, being built in the UAE's western desert near the Saudi border, is scheduled to come online this year, making it the first nuclear power plant on the Arabian Peninsula.

Electricity from the first mini nuclear power stations in Britain would be likely to be more expensive than from large atomic plants such as Hinkley Point C, according to a government study.

OAK HARBOR, OHIO – Living in the shadows of the Davis-Besse nuclear power plant's cooling tower, which soars above Lake Erie in Ohio like an oversized lighthouse, brings with it some give-and-take. On the plus side, it generates tax money that once paid for a high school swimming pool and auditorium. Then there are the stockpiles of radiation pills and emergency drills for students in case of a disaster. For the small, mostly rural towns that are home to 61 U.S. nuclear plants that produce one-fifth of the nation's electricity, each one has been like the golden goose supplying high-paying jobs and money for roads, police and libraries. But those same places and their residents are bracing for what may come next due to the soaring costs of running aging reactors that have speeded up the closings of a handful of sites and are threatening at least a dozen more.

Evacuees can return next week to parts of Okuma, host of Fukushima nuclear plant, but few likely to 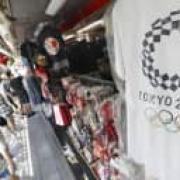 The government formalized on Friday its decision to partially lift from next Wednesday a mandatory evacuation order for residents of a town that jointly hosts the crippled Fukushima No. 1 nuclear power plant. The town of Okuma -- which saw all of its roughly 10,000 residents evacuate after one of the world's worst nuclear disasters, triggered by a deadly earthquake and tsunami -- will allow former residents to return for the first time in eight years, the government decided. The decision was said to be based on the lower radiation levels achieved through decontamination work. Futaba, the other town that hosts the plant, remains a no-go zone. Despite the decision, a very small number of residents are expected to return to Okuma.