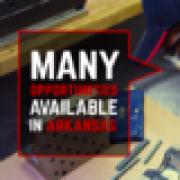 'Deltarune' chapter 2 arrives on September 17th for PC and Mac

At the end of the stream for Undertale's sixth anniversary, Toby Fox has dropped a surprise for his fans: The second chapter of Deltarune, his newer top-down RPG, will be available this week after almost a three-year wait. As Kotaku notes, Fox's release of the first chapter Deltarune in October 2018 also came a surprise. In the game, you control a human named Kris who fell with his classmate Susie into the "Dark World," where they meet Ralsei who tells them they're heroes destined to save the world. As you'd expect from any RPG, the three embark on a quest and encounter monsters along the way. Deltarune is a top-down 2D RPG like Undertale, but it features an improved turn-based, multi-character battle system similar to Final Fantasy's.