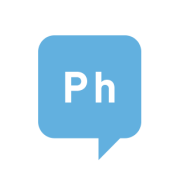 This question is motivated by a comment to an answer I provided to another question about John Searle and the Chinese Room Argument: What relevance, if any, does collective memory in ants have to John Searle's Chinese Room argument? I based my answer to this question on Searle's Minds, Brains and Programs. "But could something think, understand, and so on solely by virtue of being a computer with the right sort of program? Could instantiating a program, the right program of course, by itself be a sufficient condition of understanding?" This I think is the right question to ask, though it is usually confused with one or more of the earlier questions, and the answer to it is no.

Is the Chinese Room argument (Searle,1980) a suitable metaphor for AI? Kevin Warwick

Prof. Kevin Warwick interviewed by Francesca Ferrando. These interviews are conceived as a project related to my PhD in Philosophy, on Posthumanism, Artificial Intelligence and Gender. You can check more info on my academic page: http://uniroma3.academia.edu/Francesc... --- CONVERSATION #10 In the Chinese Room argument (1980) John Searle holds that a program cannot give a computer a "mind" nor an "understanding", regardless of how intelligently it might make it behave. He concludes that "I can have any formal program you like, but I still understand nothing". What do you think of the Chinese room argument?

A former UKIP councillor strangled his wife to death after she discovered he was having an affair with their son's partner, a court has heard. Stephen Searle, 64, denies murdering Anne Searle, who was found suffocated at their home in The Brickfields, Stowmarket, Suffolk, on 30 December. Andrew Jackson, prosecuting, said the discovery of the affair "would have put considerable strain on the marriage". Ipswich Crown Court jurors were told Mr Searle said he acted in self-defence. Mr Jackson said Mr Searle, a former Royal Marine and Suffolk county councillor, had been working at a bowling alley with his son Gary.

A former UKIP councillor has been found guilty of murdering his wife, after he had an affair with their son's partner. Stephen Searle, 64, strangled his wife Anne to death at their home in Stowmarket, Suffolk, on 30 December. The ex-Royal Marine had denied killing Mrs Searle, 62, after she found out about the affair with Anastasia Pomiateeva. He was found guilty by a jury at Ipswich Crown Court and will be sentenced on Wednesday. Judge Mr Justice Green said Searle's "act of infidelity in one way or another led to this".

The Chinese room argument is a thought experiment of John Searle (1980a) and associated (1984) derivation. It is one of the best known and widely credited counters to claims of artificial intelligence (AI)---that is, to claims that computers do or at least can (someday might) think. According to Searle's original presentation, the argument is based on two key claims: brains cause minds and syntax doesn't suffice for semantics. Its target is what Searle dubs "strong AI." According to strong AI, Searle says, "the computer is not merely a tool in the study of the mind, rather the appropriately programmed computer really is a mind in the sense that computers given the right programs can be literally said to understand and have other cognitive states" (1980a, p. 417). Searle contrasts strong AI with "weak AI."