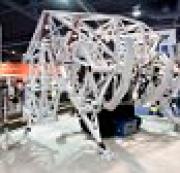 I was surprised to hear that a robot named Sophia was granted citizenship by the Kingdom of Saudi Arabia. The announcement last week followed the Kingdom's commitment of US$500 billion to build a new city powered by robotics and renewables. One of the most honourable concepts for a human being, to be a citizen and all that brings with it, has been given to a machine. As a professor who works daily on making AI and autonomous systems more trustworthy, I don't believe human society is ready yet for citizen robots. To grant a robot citizenship is a declaration of trust in a technology that I believe is not yet trustworthy.

Sophia, the robotic citizen of Saudi Arabia, now has a baby sister

Hanson Robotics, the people who presented the world with the human-like robot Sophia have added a new member to their family. She's called "Little Sophia," and is a 14-inch robot meant to get kids hyped on STEM, coding and AI.