One socially conscious company is making your emoji keyboard a little less perfect in an effort to tackle food waste. Hungry Harvest, a startup service that delivers "recovered produce" to consumers' doorsteps, has created a series of "ugly" fruit and vegetable emoji meant to get people thinking -- and typing -- about our preoccupation with aesthetically pleasing food. In late September, the company rolled out Ugly Produce!, an iOS app that gives every user a package of new emoji, including a slightly misshapen strawberry and an imperfect potato. Pretty produce is the standard in most U.S. supermarkets, meaning fruits and veggies that have visible variations from our standard idea of a robust apple or a snappy carrot are usually tossed. That means roughly 1 out of every 5 edible fruits and vegetables are thrown out every year -- simply for appearing a little out of sorts.

It was a £28,000 meal for a Russian businessman and his guests in London's exclusive Belgravia district that proved the final straw for then-private chef Justin Horne. The lavish dinner party - which included caviar, foie gras and truffles - resulted in eight boxes of food simply being chucked away at the end of the night, making Mr Horne determined to do something about it. "The levels of waste in fine dining are quite astounding," he says. Together with fellow co-founder Alice Gilsenan, he is now running a pop-up restaurant, Tiny Leaf, in a food market in south London. The concept, spelled out on a banner above the counter in black and white, is "zero waste".

New research has shown that grocery retailers are struggling to optimise stock replenishment processes, with almost half saying that their decisions are still based on'gut feeling'. Retail applications provider Blue Yonder surveyed 750 grocery managers and directors in the US, UK, Germany and France. It found that, in spite of a rise in accurate algorithms for automated replenishment and demand planning, 46% of surveyed directors in the UK say that replenishment is still an entirely manual process and the same amount saying that it was fully automated. A further 30% believed that instinct-based decision making was slowing them down. Of the four countries involved in Blue Yonder's survey, Germany had the highest proportion of respondents using manual or partially automated systems, with just one-third of managers who had fully automated their stock replenishment processes.

The firms being creative with food destined for the bin

A rising number of firms are finding creative uses for surplus food. But are consumers comfortable eating produce that would have otherwise ended up in the bin?

The US Throws Away as Much as Half Its Food Produce 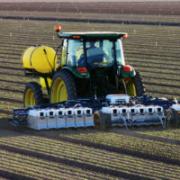 This story originally appeared on the Guardian and is part of the Climate Desk collaboration. Americans throw away almost as much food as they eat because of a "cult of perfection", deepening hunger and poverty, and inflicting a heavy toll on the environment. Vast quantities of fresh produce grown in the US are left in the field to rot, fed to livestock or hauled directly from the field to landfill, because of unrealistic and unyielding cosmetic standards, according to official data and interviews with dozens of farmers, packers, truckers, researchers, campaigners and government officials. From the fields and orchards of California to the population centres of the east coast, farmers and others on the food distribution chain say high-value and nutritious food is being sacrificed to retailers' demand for unattainable perfection. "It's all about blemish-free produce," says Jay Johnson, who ships fresh fruit and vegetables from North Carolina and central Florida.