The DNA of a six-week-old Native American infant who died 11,500 years ago has rewritten the history of the Americas.

National Native American Heritage Month: Fun Facts About Why We Celebrate In November 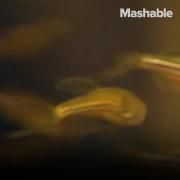 Elizabeth Warren's announcement that she took a DNA test to prove she has a Native American ancestor likely inspired countless people to pursue genetic testing to investigate their own family lore. Yet there's a reason why the Democratic senator's declaration was met with harsh criticism, including from the Cherokee Nation's secretary of state Chuck Hoskin Jr., who said Warren was "undermining tribal interests with her continued claims of tribal heritage." Indeed, there are sensitive, appropriate ways to talk about potentially having Native American ancestors. The Massachusetts lawmaker actually got it right when she made the critical distinction that an ancestral link is not the equivalent of belonging to a Native American community or culture, nor should it entitle people far removed from an ancestor to seek or claim tribal status. SEE ALSO: 9 books to read if you're mad as hell at the patriarchy If someone is compelled to explore their Native American family ties, they need to understand what DNA tests can tell them, be clear about what's driving their quest, and consider becoming an ally of and advocate for Native American tribes and communities.

After Heidi Heitkamp Won a Senate Seat, North Dakota Republicans Made It Harder for Native Americans to Vote

In 2012, Democrat Heidi Heitkamp won a razor-tight race in North Dakota for US Senate. Her victory was an upset in a state that regularly elects Republicans by wide margins. In the months and years that followed, North Dakota Republicans passed a wave of new voting restrictions--aimed, Democrats believe, at removing Heitkamp from office by suppressing turnout among Native American voters. Heitkamp's campaign had prioritized outreach to the state's Native Americans. Around 46,000 Native Americans live in the state, and most of them support Democrats.