Foreword Welcome to 2019 and our extended version of the 10 Minutes on Sport! Over the 2019 calendar year we will release new versions of the publication which take a deeper look at four emerging aspects in sport. We begin by defining artificial intelligence ("Sense, Think and Act"), its current applications in sport where the digitally connected fan is becoming a sports venue's biggest on-line influencer, key considerations for the future development and governance. I trust you enjoy the read.

AI and the 'Augmentation' Fallacy 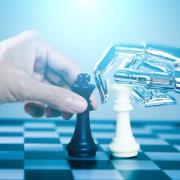 The fundamental disruption introduced by AlphaZero's hyperlearning in the chess world can teach business executives about AI. Many pundits, academics, and economists advise business executives on how artificial intelligence (AI) will augment human performance in the workplace. Some conclude that human-machine interactions will involve machines providing scale and speed with humans offering insights and training data. Despite its broad appeal, the assessment that human-machine interactions are, and will continue to be, exclusively about augmenting humans or teams of humans and machines is shortsighted and underestimates the transformative potential of AI. Some machines are already beginning to learn in virtualized (at least partially) environments with neither human training nor data input from the real world.

Garry Kasparov, a former Soviet world chess champion and one of the greatest players of all time, has changed his tune about AI since he was beaten by IBM's Deep Blue. During a talk at the Train AI conference in San Francisco on Thursday, Kasparov traced the steps that convinced him about how humans and machines might one day work together to create an "augmented intelligence". He's had a lot of time to contemplate the rise of machines. Over 20 years ago, at the height of his career as the world chess champion, he entered a competition to play chess against a supercomputer. "The day machines would beat the strongest human player had to be the dawn of AI.

How AI is changing the world of sports - Technology services news

AlphaZero, the game-playing AI created by Google sibling DeepMind, has beaten the world's best chess-playing computer program, having taught itself how to play in under four hours. The repurposed AI, which has repeatedly beaten the world's best Go players as AlphaGo, has been generalised so that it can now learn other games. It took just four hours to learn the rules to chess before beating the world champion chess program, Stockfish 8, in a 100-game match up. Artificial Intelligence has various definitions, but in general it means a program that uses data to build a model of some aspect of the world. This model is then used to make informed decisions and predictions about future events.