Lobster krill fight off big penguins with their tiny pincers

Seven-centimetre-long lobster krill look like easy prey for 90-centimetre-tall gentoo penguins, but they don't go down without a fight. Cameras mounted on the penguins to study their hunting behaviour reveal that the krill fight back with their tiny pincers – and they often succeed in deterring their attackers. Jonathan Handley of Nelson Mandela University in Port Elizabeth, South Africa, and colleagues attached cameras and depth recorders to 38 gentoo penguins in the Falkland Islands as they set out on foraging trips early in the day. "We were hoping to discover what's happening in the underwater lives of …

Ancient Penguin Was as Big as a (Human) Pittsburgh Penguin

The newly found bird is about 7 inches (18 centimeters) longer than any other ancient penguin that has left a substantial portion of a skeleton, said Gerald Mayr of the Senckenberg Research Institute and Natural History Museum in Frankfurt, Germany. A potentially bigger rival is known only from a fragment of leg bone, making a size estimate difficult.

The story of two male penguins, who fell in love at Central Park Zoo and went on to foster a baby penguin, made headlines in New York in the 2000s.

The king penguin is the second largest penguin on Earth. In fact, the bird gets its common name from the belief that it was the largest of all penguin species--a belief that was overturned in 1884 when its close relative the emperor penguin, which can measure nearly a foot taller, was recognized as a separate species. The easiest way to distinguish a king penguin from the other 17 penguin species is by the splash of yellow-orange feathers the bird sports on its upper chest and by the teardrop-shaped patches of color on the sides of its head. Some other penguins boast yellow feathers too, but none so prominently as the king penguin. Male king penguins are slightly larger than females, but the sexes look nearly identical in appearance.

Scientists are spying on frisky penguins with these kinda obvious cameras 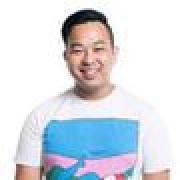 Antarctic researchers are being a bit creepy in the name of science. They've been using remote timelapse cameras to keep track of the mating habits of Adélie penguins, which helps to map out their breeding cycles. Cameras take up to 12 pictures a day of the nests, which will tell researchers when eggs are laid, when they hatch, and if the chicks survive. That data derived from the cameras was then compared to direct observations, and it was discovered that breeding timings were the same. The findings of the project have been detailed in the journal Methods in Ecology and Evolution.