Manuel Oliver doesn't have time for Louis C.K.'s jokes, especially if they involve quips about mass shootings -- and he wants the disgraced comedian (and the public) to know it. Oliver, the father of teenager Joaquin who was among the 17 students and staff members gunned down at Marjory Stoneman Douglas High School in Parkland, Florida, last February, fired back at Louis C.K. in his own stand-up comedy set roughly a month after the 51-year-old comedian was overheard mocking Parkland shooting survivors in leaked audio from a comeback comedy set. In the clip, Louis C.K. reportedly slammed Parkland students for being too politically correct and said they "weren't interesting cause [they] went to a high school where kids got shot." "Recently, I heard this great line from a comedian," Oliver said in a video posted by the non-profit Change the Ref, referring to Louis C.K., "He said, 'If you want people to forget that you were jerking off, just make a joke about kids getting shot.' And I thought, 'Jokes about kids getting shot?' "You guys ever heard dead baby jokes?

Washington, DC – When a gunman killed four students at a high school in Michigan last week, the tragedy not only invoked painful memories for Patricia and Manuel "Manny" Oliver, it pushed the couple to renew their call for action. The Olivers, who lost their son Joaquin in a deadly 2018 attack at a high school in Parkland, Florida, are staging an open-ended protest in Washington, DC, to demand a meeting with President Joe Biden – and to urge him to "declare war on gun violence" in the United States. "We need to increase the urgency and expose the message that we urgently need to do something different and not think these shootings are normal things," Manuel told Al Jazeera, sitting on a white cement block across from the White House. The couple's son was one of 17 people killed at Marjory Stoneman Douglas High School in Parkland when a 19-year-old former student – armed with a legally purchased AR-15-style semiautomatic rifle – opened fire on students and staff for six minutes. Patricia described her son, 17 when he died, as "very special", sweet and intellectually curious. 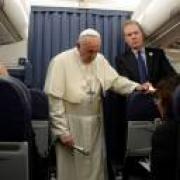 SPRINGFIELD, MASSACHUSETTS – Student gun control advocates and one of the survivors of the Parkland, Florida, school shooting on Sunday completed a 50-mile, four-day march in Massachusetts to the headquarters of gun manufacturer Smith & Wesson, where they protested gun violence and weapons manufacturing. More than 100 protesters rallied outside company headquarters in Springfield. They held American flags and signs that read "We Can End Gun Violence" and "Books not Bullets." The marchers condemned Smith & Wesson for making the rifle used in the February mass shooting at Marjory Stoneman Douglas High School in Parkland. The group wants the company to donate $5 million to gun violence research.

Students opens up about their friendship with Meadow Pollack, who was killed in the Parkland school shooting. Four Marjory Stoneman Douglas High School seniors who were among the 17 people killed during the Valentine's Day massacre will be honored during Sunday's graduation ceremony. The diplomas for Nicholas Dworet, Joaquin Oliver, Meadow Pollack and Carmen Schentrup will be presented to their families during the ceremony for the graduating Class of 2018. The graduation for the 784 seniors will be held at BB&T Center, where the National Hockey League's Florida Panthers play. From left to right, Meadow Pollack, Joaquin Oliver, Carmen Schentrup and Nicholas Dworet will be honored during Sunday's graduation.