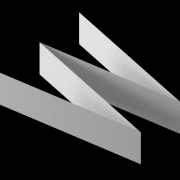 As the threats exchanged between the leaders of the United States and North Korea escalate, President Donald Trump's rhetoric seems to draw from the "madman" playbook employed by President Richard Nixon during the Vietnam War. Trump should not expect the results to be any better, and they might be much worse. American leaders should be extremely wary of the risks of flagrant nuclear brinksmanship. The paradox of American nuclear power is that the nation's overwhelming arsenal is almost unusable. The damage created by a single nuclear strike would be so great, it would undermine most American strategic purposes.

North Korea is seriously considering a plan to fire missiles at Guam, state media said Wednesday, hours after President Trump responded to reports of nuclear threats by saying the regime "will be met with fire, fury and frankly power, the likes of which the world has never seen before." A ballistic missile operation unit for the regime will review a plan to fire a mid-range ballistic missile at Guam, a U.S. island territory, on September 9, according to South Korea's Yonhap News Agency. In a statement released by state-run media, the Korean People's Army claimed it was looking into striking Guam to subdue the U.S. military bases there, particularly the Anderson Air Force base where nuclear-capable bombers are stationed. North Korea's leader Kim Jong Un watches a military drill marking the 85th anniversary of the establishment of the Korean People's Army, April 26, 2017. A different statement released said that North Korea "could carry out a pre-emptive operation if the United States showed signs of provocation," Reuters reported.

North Korea and President Trump lashed out at each other within hours on Tuesday, in both cases threatening to hit the other side with a barrage of "fire." The threats, between the North Korean Army and Trump, came shortly after a report -- confirmed by Fox News -- that the regime has produced a compact nuclear warhead that could fit on a missile capable of reaching the United States. Speaking at his Bedminster golf resort in New Jersey, Trump vowed to unleash "fire" and "fury." He said that North Korea's threats of nuclear war "will be met with fire, fury and frankly power, the likes of which the world has never seen before."

Kim Jong Un antes up as he pursues equal footing with U.S. as nuclear power 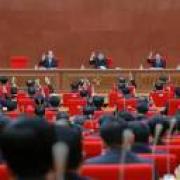 North Korean leader Kim Jong Un has finally broken silence on what he plans to bring to the table during his summits with the South Korean and U.S. presidents, and it doesn't have a whole lot to do with tossing out his hard-won nuclear arsenal. Instead, Kim appears to be maneuvering toward his own big "get" -- the chance to sit down with President Donald Trump on an essentially equal basis as the head of a nuclear-armed nation. The end of North Korea's nuclear program, meanwhile, isn't looking any closer than it was before. Ending weeks of ominous silence from Pyongyang, Kim laid out the new strategy at a meeting Friday of his ruling party's Central Committee that suspends underground nuclear tests and test launches of intercontinental ballistic missiles. He also said the country's nuclear test site at Punggye-ri, already believed to be essentially inoperable, will be closed and "dismantled."