Ever since Kurt Cobain's death in 1994, Nirvana fans have hypothesized about the music he would have made had he lived. But other than "You Know You're Right," the scabrous, throat-shredding meditation on confusion that Nirvana recorded a few months before his suicide, and a few comments he told confidants about potentially collaborating with R.E.M.'s Michael Stipe or going completely solo, he mainly left behind question marks. Now an organization has created a "new" Nirvana song using artificial-intelligence software to approximate the singer-guitarist's songwriting. The guitar riffs vary from quiet, "Come as You Are"–style plucking to raging, Bleach fury à la "Scoff." And lyrics like, "The sun shines on you but I don't know how," and a surprisingly anthemic chorus, "I don't care/I feel as one, drowned in the sun," bear evocative, Cobain-esque qualities. 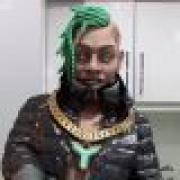 The recently launched Lost Tapes of the 27 Club project uses AI software to create songs in the style of musicians who died at the age of 27. One of the featured tracks is called "Drowned in the Sun", and it comes pretty close to replicating a Nirvana song written by Kurt Cobain himself. With opening guitars starting out restrained before reaching a crescendo on the chorus, the track is reminiscent of Nirvana's signature hit, "Come as You Are". Its chorus sounds like something Cobain might have written, too, with lyrics like, "I don't care/ I feel as one, drowned in the sun." As explained in a Rolling Stone feature, Google's AI program Magenta was used to analyze the pioneering grunge band's music and create the instrumental track.

We've heard AI-generated songs mimic the work of AC/DC, Metallica and more. Now artificial intelligence software has generated "new" Jimi Hendrix and Nirvana tracks, along with other artists and bands with members who died at the age of 27, to help raise awareness for the importance of mental health support amongst musicians and members of the music industry. The Hendrix song, You're Gonna Kill Me, and the Nirvana track, Drowned In the Sun, are part of a new project by the Toronto-based organization, Over the Bridge, which has put together a compilation, all created via artificial intelligence, in the style of musicians who died at the age of 27. The release, titled Lost Tapes of the 27 Club, also features songs in the style of the Doors and Amy Winehouse, all made through Google's AI program Magenta, which analyses an artist's previous work in order to learn how to compose like them. An additional AI program was used to create the lyrics.

"Drown in the Sun" by Nirvana, "Man, I Know" by Amy Winehouse, "You're Gonna Kill Me" by Jimi Hendrix, and "The Roads Are Alive" by The Doors are the songs featured on the unique compilation The Lost Tapes of the 27 Club. The songs are unique not only because they were created through artificial intelligence, but also because of their message. Will never rise with me to fire" -- sings the singer in Nirvana's "new" song "Drown in the Sun." The lyrics and music are deceptively reminiscent of the original style of Kurt Cobain, who died in 1994, but the musician himself of the "found" song never composed, never wrote the lyrics, and never heard it. "Drown in the Sun" was created through artificial intelligence, and is produced by the non-profit organization Over the Bridge, which with its project The Lost Tapes of the 27 Club wants to draw attention to the issue of mental health among artists. To this end, it has decided to symbolically bring several musicians back to life by resurrecting their music. Using machine learning technology from Google -- namely the Magenta program -- it was possible to create new tracks of musicians who died prematurely by joining the so-called 27 Club. First, the IT specialists fed the computer program an archive of about 30 Nirvana songs. The Magenta program then analyzed the files for repeating components and then developed an entirely new song. However, the vocalist's voice in "Drowed in the Sun" is 100 percent human, assures Eric Hogan, lead singer of Nevermind, an Atlanta-based Nirvana cover band. Apart from the "lost" Nirvana track, The Lost Tapes of the 27 Club project has also created three other pieces, including "Man, I Know" in the style of Amy Winehouse, "The Roads Are Alive" in the style of The Doors and "You're Gonna Kill Me" in the style of Jimi Hendrix's music. All of the musicians whose music has been entrusted to artificial intelligence belong to what is known as the 27 Club. The 27 Club has become a pop culture term for musicians, artists and actors who have died at (or near) the age of 27. Many of them passed away prematurely as a result of battling debilitating addictions. Most also struggled with mental health issues. Kurt Cobain, struggling with heroin addiction, committed suicide in 1994. With its campaign Over the Bridge organization wants to draw attention to the scale of mental problems that artists face. Many of them, unable to cope with their problems, turn to drugs. According to a survey conducted by the organization, as many as 71 percent of musicians report experiencing anxiety and panic attacks, and 68 percent admit that they have struggled with depression. Suicide attempts are also a huge problem. They occur nearly twice as often among musicians and those working in the music industry as in the general population. "As long as there has been popular music, musicians and crews will struggle with mental health problems at levels that far exceed those in the general adult population.