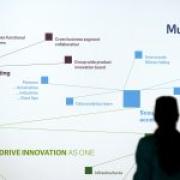 Insurance technology brings in more innovative solutions for homeowners and insurers thanks to artificial intelligence (AI). AI is disrupting the industry by allowing for faster and more user-friendly claims and creating more transparent and customized policies that suit the client's situation. This replaces the traditionally long and painful process of getting a claim or settling for a one-size-fits-all property insurance policy. AI Property from Tractable, for example, allows anyone with a smartphone to access damage quickly and efficiently to buildings caused by hurricanes, floods, and other natural disasters. Use its mobile-friendly web-based app to take photos of the external conditions and submit them to Tractable's AI platform, trained on an extensive database of claims and damaged property.

As the insurance industry adjusts to life in the 21st century (heh), an AI startup that has built computer vision tools to enable remote damage appraisals is announcing a significant round of growth funding. Tractable, which works with automotive insurance companies to let users take and submit photos of damaged cars that are then "read" to make appraisals, has raised $60 million, a Series D that values Tractable at $1 billion, the company said. Tractable says it works with more than 20 of the top 100 auto insurers in the world, and it has seen sales grow 600% in the last 24 months, which CEO Alex Dalyac told me translates as "well into eight figures of annual revenue." He also told me that "we would have grown even faster if it weren't for COVID." People staying at home meant far fewer people on the roads, and fewer accidents.

How computer vision is changing insurance

The National Association of Insurance Commissioners recently created the Innovation and Technology Task Force to "explore the technological developments in the insurance sector." It cited the rise of artificial intelligence as one of the key issues that the task force would address, citing the technology's "potential to transform the insurance industry in a number of ways." The message is being received loud and clear: adapt or be left behind. The insurance industry has historically been a laggard compared to other industries when it comes adoption of new technologies. However, the industry should be credited for embracing recent advances in technology, most notably the use of computer vision (a form of AI) and drones, to automate or assist with what would have previously been arduous and/or dangerous tasks.

Hurricanes, Wildfires Caused Damage Worth $306 Billion In 2017, Highest In History

Delving into the Storm Events and Billion-Dollar Weather and Climate Disasters databases of National Oceanic and Atmospheric Administration's National Centers for Environmental Information (NCEI), Porch published a comprehensive study on the kind of damage and destruction wrought upon the United States by natural disasters over the years. Porch is a website that lets users connect and review local home improvement contractors and browse photos of such projects. The study, shared with International Business Times via mail, takes into consideration figures listed in the databases for individual major natural disasters, including storms, wildfires and tidal events, from 2000 through 2017, for a better understanding of the damages incurred to the U.S. properties and how it affects the economy as a whole. When it comes to natural disasters no one can forget the severity of destruction the U.S. suffered in 2005 when Hurricane Katrina swept over the nation. The year incurred $214 billion in damages.

Abdel Salah, the owner of Sam's Food and Liquor Store surveys damage after a series of tornados tore through in New Orleans, Louisiana, U.S., February 8, 2017. NEW ORLEANS -- The tornado hit the suburbs of east New Orleans at lunchtime on a mild Tuesday in February. The twister spun across mid-century ranch houses still etched with the spray-painted symbols that search and rescue squads left after Hurricane Katrina. At its calmest, the tornado tugged at asphalt shingles. At its most vicious, it flipped parked cars and snatched entire roofs and walls from their frames.