After what seemed like an endless back-and-forth, a highly-anticipated summit between US President Donald Trump and North Korean leader Kim Jong-un in Singapore on June 12 is officially on - again. Trump made the announcement on Friday after welcoming Kim Jong-un's right-hand man, Kim Yong-chol, to the White House to talk about Washington's demands of de-nuclearisation in the Korean peninsula. "The process will begin on June 12 in Singapore," he told White House reporters. But he conceded that Kim Jong-un "wants to be careful" with his decision, and that "he is not going to run and do things" as demanded by the US government. "I told them, take your time. 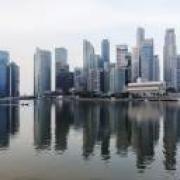 SEOUL – North and South Korea on Friday resumed senior-level peace talks Seoul sees as an important step in building trust with Pyongyang amid a U.S.-led diplomatic push to persuade the North to give up its nuclear weapons. The meeting at the inter-Korean border village of Panmunjom follows a meeting in New York between U.S. Secretary of State Mike Pompeo and senior North Korean envoy Kim Yong Chol where they discussed a potential summit between President Donald Trump and North Korean leader Kim Jong Un. American delegations are also meeting with North Koreans in Panmunjom and Singapore as part of efforts to confirm the summit that may take place on June 12 in Singapore. South Korea plans to use Friday's meeting with the North to set up military talks on reducing tensions across their heavily armed border and Red Cross talks to resume reunions of families separated by the 1950-53 Korean War. The officials may also discuss setting up a liaison office in the North Korean border town of Kaesong, arranging a joint event to commemorate the "June 15 Declaration" for peace adopted after the first inter-Korean summit in 2000, and fielding combined teams in some sports at the Asian Games in August.

Singapore to Hanoi: The winding road since first Trump-Kim summit

Eight months later and more than 2,200km further north, Vietnam's capital Hanoi is gearing up to host the second encounter between the leaders of North Korea and the United States following their unprecedented summit last year in Singapore. With preparations for the February 27-28 meeting under way, Kim Jong Un and Donald Trump are under growing pressure to produce this time a detailed and unambiguous agreement - unlike the statement they signed in Singapore that was widely seen as "vague" and resulted in little tangible progress. A week before the much-anticipated second summit, here's an in-depth look at what has happened since Kim and Trump last came face-to-face - and what hasn't. June 12, 2018: The two leaders make history by holding the first ever summit between a North Korean leader and a sitting US president. The meeting in Singapore, which comes after months of escalating tensions defined by nuclear and missile tests, new sanctions and "fire and fury" rhetoric, yields a short-on-details statement in which Kim and Trump outline four commitments without a specific timeline: establish "new relations" for peace and prosperity; building a "lasting a stable peace regime on the Korean Peninsula"; working "toward denuclearisation"; and recover and repatriate the remains of soldiers killed during the 1950-53 Korean War. Shortly after the summit, Trump surprises US and South Korean officials by telling a news conference that Washington will suspend military drills with South Korea, calling war games "expensive" and "provocative". 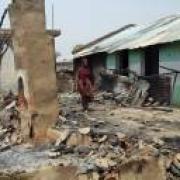 NEW YORK – High-ranking officials of the United States and North Korea met in New York late Wednesday in the first of two days of talks about the future of Pyongyang's nuclear weapons program and a possible summit between U.S. President Donald Trump and North Korean leader Kim Jong Un. U.S. Secretary of State Mike Pompeo and Kim Yong Chol, a close aide of North Korean leader Kim Jong Un, met for about 90 minutes over dinner and exited without providing any detailed remarks to reporters waiting outside. Pompeo would only say that the dinner "was great" and that the two men dined on "American beef." It was not yet known whether the two men made any progress toward narrowing long-standing differences between Washington and Pyongyang that could end decades of hostile relations. Earlier in the day, the White House left open the possibility of a Trump-Kim summit on June 12 in Singapore, despite Trump's cancellation of the meeting just days ago. 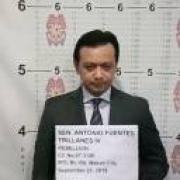 U.S. President Donald Trump said Monday that a second meeting with North Korean leader Kim Jong Un on denuclearization would happen "in the not-too-distant future," as the South's leader heaped praise on the American president, calling him "the only person who can solve this problem." Speaking during a televised meeting with South Korean President Moon Jae-in in New York, Trump said there had been "tremendous progress" on the nuclear issue, and that a second summit will be held under a "similar format" as his landmark June meeting with Kim in Singapore, but likely in a different location. "We'll be having a second summit with Chairman Kim in the not too distant future," Trump said. "I think a lot of progress is being made. I see tremendous enthusiasm on behalf of Chairman Kim for making a deal."