Facebook said Friday that it has suspended "tens of thousands" of apps made by about 400 developers as part of an investigation following the Cambridge Analytica scandal. The announcement came the same day that unsealed legal documents in Massachusetts disclosed that Facebook had suspended 69,000 apps. In the vast majority of cases, however, the suspensions came not after any kind of serious investigation but because app developers had failed to respond to emailed information requests. Starting in March 2018, Facebook began looking into the apps that have access to its users' data. The probe came after revelations that data mining firm Cambridge Analytica used ill-gotten data from millions of Facebook users through an app, then used the data to try to influence U.S. elections. 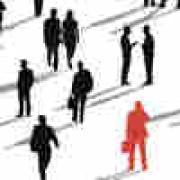 Gun rights advocates in Massachusetts are turning up the heat against the state's attorney general, who they say potentially made thousands of citizens "felons in waiting" with her recent enforcement notice that changed the legal definition of assault weapons. The latest rally by gun rights advocates against state Attorney General Maura Healey's change attracted hundreds of people on Monday. The Call to Action Rally featured signs that read "Healey Hurts Families" and "We Stand With GOAL." The Gun Owners' Action League, or GOAL, is the Massachusetts-based Second Amendment group that organized the rally and several others in recent weeks. Healey's enforcement notice was posted online while the Massachusetts legislature was on break for the national party conventions.

Massachusetts Attorney General Maura Healey issued rules Friday for daily fantasy sports operators that she called the most comprehensive in the nation, including a minimum age of 21 for participating in the online contests. FanDuel thanked Healey for taking a "deliberate, comprehensive approach" to fantasy sports. "Young people are very susceptible to addictive gaming, addictive play, and so it is all the more important that we take this action and make sure that play doesn't start until age 21," she told reporters Friday. Final Massachusetts fantasy sports regulations: http://1.usa.gov/1UOYkHD

Massachusetts Attorney General Maura Healey issued rules Friday for daily fantasy sports operators that she called the most comprehensive in the nation, including a minimum age of 21 for participating in the online contests. The final regulations are largely the same as the ones Healey, a Democrat, proposed in November. They also bar games based on college or amateur sports, and individual players could not spend more than 1,000 each month without proof they could withstand deep financial losses. Operators such as Boston-based DraftKings and New York-based FanDuel will also be required under the rules to offer "beginner" contests that highly experienced players would be prevented from entering. Healey, who said the regulations will create a "level, fair playing field" for participants, opted for a different approach to fantasy sports than counterparts in some states, notably New York, where Attorney General Eric Schneiderman has argued the sites amounted to illegal gambling.