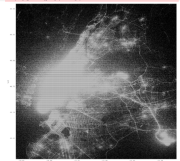 BigQuery is the public implementation of an internally used querying service within Google named Dremel.

Get Started for Free StatusToday

Tesla Model 3 Deliveries Begin Next Month, 5 Reasons To Buy One

Tesla CEO Elon Musk told investors Tuesday the company will deliver its first production Model 3 next month. He also said the company would offer consumers a couple of options to choose from, to customize the car according to their preferences. "You just need to decide what color you want and what size wheels, at least for the initial production," Musk told shareholders at a Silicon Valley meeting. The company's first mass-market car, which could be priced from $35,000, has received enthusiastic response from buyers with hundreds of thousands of buyers reserving the car with a $1,000 payment upfront. At the shareholders' meeting, Musk said the Model 3 would initially come with a two-wheel drive, and an all-drive version would come later.

When most people think about Black Friday, they think about deals from retailers such as Amazon or Walmart. But carriers usually also have savings opportunities available. T-Mobile, for instance, is offering a promo, called "Magenta Friday," where you can get a free Note 9 or Galaxy S9. To help you figure out how it works, we've combed through the details and explained it all below. T-Mobile's "Magenta Friday" deal offers a free phone (select models) when you add an additional line of service to your account and trade in an eligible old phone.

Did DWP overcharge you? Customers to receive info on billing settlement starting this week 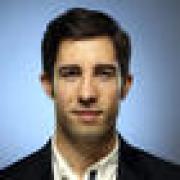 Los Angeles Department of Water and Power customers will soon be able to recover their money from a landmark class-action settlement. Starting this week, ratepayers will receive packets in the mail that detail what types of refunds and damages may be claimed from the settlement. The DWP has been plagued by a faulty computer billing system launched in 2013 that overcharged tens of thousands of customers while failing to bill others at all. Ratepayers filed a class-action lawsuit against the utility and the city; all sides reached a tentative settlement that was approved in December. Under the terms of the agreement, the utility must fully compensate every customer for overcharges, as well as other damages that arose because of the spike in bills.